Happy New Year to you all.

Hope you have a fabulous Festive…. I know it seems but a distant memory for us now – or does it?

At King Towers, we survived all the madness relatively unscathed. There was no over-ordering of food – although you know the kids are desperate to get back to normal when you here the cries: “Do we have to have that party food again?”  FYI Party food in this house is all those M&S canapé-style nibbles you buy “just in case”. 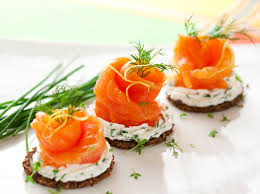 The kids – times three – were all delighted with the offerings from Father Christmas – as was my American Express bill – not! The girls’ main pressies were Smart TV’s for their bedrooms. Slightly selfish really as it was a ploy on my part to regain control of the Main TV in the lounge – and of course to try and cut-down on my over-exposure to One Direction…..

Boxing Day, I set myself the goal of mounting the said 32” smart TVs on each of the girls’ bedroom walls. For those of you new to my ramblings, you’ll appreciate this is, for me, akin to the first Moon landing back in the late 60s. And quite frankly I think I need NASA to decipher the blasted instructions!

Thinking I was clever, I bought wall brackets with a built-in spirit level in order to eliminate my inability to hang anything straight! After hours of digging around in the garage to assemble my manly tool kit, Operation TV Hanging began.

I measured, re-measured and then began drilling. Seemed very easy and it was. I had the first bracket fitted in under 30 minutes. Get me. I hung the TV, clipped in all the cables etc and then was left with a metal rod lying sadly alone on the floor. I really didn’t give it a second thought.

Moving on to the second TV, basically on wall – directly on the opposite side of the wall I had just used – I revisited my previous efforts and this time the drilling seemed a little tougher. Baring in mind I was only drilling into plasterboard, it did require an inordinate amount of strength to drill.

I pushed harder and suddenly there was a scream from our middle daughter’s bedroom.

She’d been busily surfing You Tube when her TV began to “wobble” and then there was a loud bang, followed by a crash. The flatscreen had mysteriously “jumped off” the wall and come crashing onto the floor in a mangled heap. The bracket was still in place I want you to know. 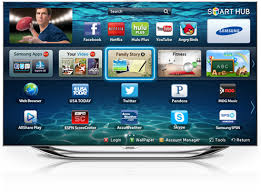 It soon became apparent that this little metal rod I had casually disregarded as an “extra”  was supposed to have slide through a groove on the back of the TV in order to “lock” it onto the bracket and prevent it from coming off the wall. Oops.

It was of course my fault. I had been drilling into that bracket fiercely from the opposite side of the wall – hadn’t really thought that part through properly and of course the pressure had caused the first TV to slip off its flimsy unlocked hook.

There were tears, tantrums and that was just from me – swiftly followed by an emergency trip to a local Electrical retailer to re-purchase a Smart TV to replace the one which I had ruined.

Needless to say both TVs are now installed properly and secured with the locking bar.

Following the dramas of Boxing Day, the little one wanted to go out on his Paw Patrol battery-powered Quad bike. It took just the 18 hours to charge for the one-hour’s usage.

So I said we’d all go for a walk to the Duck Pond – a favourite in our household.

Wrapped up for a Siberian Winter, we set off – bag of bread in hand. The wee one was in his element as he went at “turbo speed” – almost as slow as you can possibly imagine walking – but hey he was happy. Two days later (it really was slow) – we made it. To put it another way, if it had been my mum and dad, they’d have had to stop for coffee and lunch en route – it really was that slow!

Having said that the wee one was an absolute expert by the time we got there. He’d mastered the throttle, the pedals and was even at one stage, reverse parking. The girls rushed off ahead to the bottom of the short slope, by the water’s edge to start feeding the ducks, while the little chap insisted on reverse-parking his quad bike into a slot at the top of the short hill.

Leaving him too it, I went down to the girls and about 20 seconds later I heard him shout “Daddy”. Those parents among you will know that can happen 30-40 times in a minute with a four-year-old, so I wasn’t unduly concerned. A few seconds later the cry from behind me at the top of the slope was repeated, only this time louder and followed by hysterical laughing and squeals of “look, look, Daddy.” 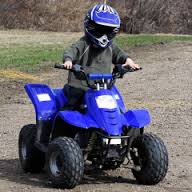 It got to the water before I did. Thankfully the edge was choked with tall reeds and branches so the bike only managed to dip its two back wheels into the water. Getting it out, while the wheels were still turning, and spraying up filthy pond water wasn’t such fun. However I managed it and the bike, quite remarkably, still worked perfectly. Needless to say quad-biking to the Duck Pond is now off the cards.

I also had a rather fabulous procedure done – but you’ll be able to read that in my grooming section. But we’re talking cutting-edge stuff so check out my latest find.

I’ll bid you farewell for the moment and by the time we next speak I will have been to Shanghai, China – and hopefully be back in one piece.