You are at Home Let’s get the party started 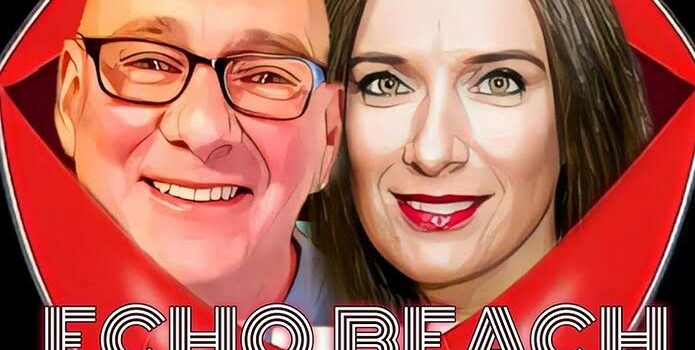 Let’s get the party started

As it gets ready to host its first proper Christmas and Hogmanay Party Nights in two years, The Bay Hotel & Pettycur Leisure Complex in Kinghorn, Fife is once again offering guests a top selection of live entertainment from some of Scotland’s leading cabaret acts.

Around 150-170 entertainment acts, including singers, bands, magicians, children’s entertainers and comedians, are hired every year by The Bay Hotel & Leisure Complex which is known for its showcasing and support of the sector, including giving opportunity to breakthrough and local Fife acts. Predominantly, its leading acts are supplied by Broxburn based Entertainment Agency, Emkay, who has dealt with the complex for over fifteen years.

Featuring at the eagerly anticipated Bring in the Bells Party night on 31st December are three top acts, two vocalists, Chris Wainwright and Sharon Hope, together with five piece band, The 154 Showband.

Having stormed onto the cabaret scene in 2021, Chris, a former resident karaoke presenter for nearly a decade, has quickly become one of Emkay’s most popular and requested acts.

​Putting their own spin on the classics, and with a diverse set from Robbie Williams and George Ezra, to Elvis and Daniel Boone, The 154 Showband are in demand all over Scotland.

Having only been with Emkay Entertainments Agency for a short time, and with a huge voice and brilliant rapport with the audience, bubbly Sharon Hope has taken the circuit by storm.

“We are delighted to have such a varied and quality line up of top performers coming to us this Christmas and New Year to entertain our guests in style,” said Laura Wallace, who is responsible for selecting and booking acts.

“Our live entertainment is something for which we have always been known, and we believe it gives us the edge. Many party nights just comprise of a disco but we think it’s a special thing to witness a live performer who simply loves to play to their audience,” Laura added.

With a number of different function rooms at The Bay Hotel & Pettycur Leisure Complex, Images remains the jewel in the crown. “We use Images on almost one hundred days of every year for functions and events,” said Laura. “It’s of comparable quality to any other venue across Fife, and indeed Scotland, in its technical capability.”

Laura finished by saying: “Our thanks go to the Emkay agency with whom we have a fantastic working relationship. They never let us down in the provision of new and established acts that they know will be right for our customer base.”

“This year is going to be the big one with everyone getting back together and celebrating properly. We very much appreciate people choosing us and spending their hard earned money here. We will ensure they are well fed and watered, along with being royally entertained.”