You are at Home On The Run 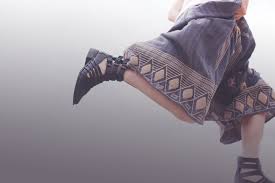 Struggle to look presentable for those early breakfast meetings? Worry no more – we have some brilliant quick beauty fixes which will have you looking more human than you feel. (And all trace of those sleepless nights will be between you and the bathroom mirror.) Move over ‘dragged through the hedge’ mum, here comes ‘fresh as a daisy’ mamma! 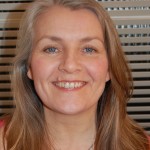 Clare, a national newspaper and magazine journalist for more than 25 years, and the former Editor of Spectrum has been finding different ways to make you look and feel great for those early mornings as we all get ready to crank up the pace a bit as school starts. Here’s what she found.

It happened, as many of the best things do, in Paris . On a trip to Galeries Lafayette, the modern-day equivalent of a charming monsieur whipping off his cloak and dashing it to the ground to smooth the way for a madame in distress. While I was musing over a gift (to self) at the Estee Lauder counter in the store, I became aware of a presence at my side. Then the words “Ah Bete Noir” were breathed into my ear in the most delicious French accent. Our eyes met. The connection was immediately there – as it is when connoisseurs bond over a Margaux, an Aston, or a rare Velazquez. He barely flinched when I revealed my own bete noir – “a leetle cheep” in the varnish on my thumbnail. That’s when he did the deed. A quick flourish with the tester and my embarrassment was covered, at a single stroke. It wasn’t just that brief encounter that made this varnish one of my favourites. I love it because it goes on smoothly, is rich and dark and lasts. That chip of mine only occurred after a week of wear, which included washing up without gloves. You can get away with one coat, but two thin ones give even more staying power. There are some lovely colours in the range. If you like a lighter shade, there is Deja Blue or Coral Cult among others. Or, perhaps the perky Love Bites as a nod to the romantic assignations you’ll all be enjoying this month? As for me, I’ll always have Paris . www.esteelauder.co.uk

You should never share your mascara. Apparently all sorts of nasty infections can be passed on this way. So, I never would. Except with this new mascara I was tempted – a friend thought I’d had a couple of those little false lashes attached and I wanted to prove I hadn’t. I love the dramatic effect of falsies, but the thought of glueing anything to my eyelids gives me the heebie geebies. This mascara won’t cause a draft every time you blink but it will give you more of the subtle length you get with single

lash inserts. If you want more volume, rather than length, a few coats of Volume lash will set you up for a more full-on, after-dark flutter. www.topshop.com

Weren’t the snowmen, snow women and snow dogs all just lovely last month? Or perhaps you looked a bit closer to ground level and saw little holes in the snow?

If so, you’ll have a fair idea of the havoc the cold weather and lack of sleep have played with my peepers.

Not an attractive image. Some of the usually helpful suspects haven’t been able to come up to the mark. But the blessed Liz Earle has stepped once more into the breach.

Not only has this Superskin helped soothe the irritation caused by the cold and smoothed the lines a little, it’s also helped my chapped lips to weather the storms. 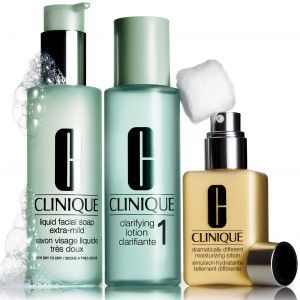 The wheel was a fine invention. Yet, for centuries, boffins have been trying to reinvent it. Crazy fiends. The folks at Clinique are a bit smarter. They have a winning formula in their 3-step Skincare – “three products, three minutes, twice a day”. Cleanse, tone and moisturise – it’s as simple as that. It works for them and and if you stick to it, it should work for you. In these sizes, you get plenty of product for your money, so it lasts a while. I can’t remember the hoo-ha when the wheel first came around, but I do still remember the difference on my skin when I stuck to the simple three-step formula. Now to keep up this virtuous cycle. For stockists, call 08700 342566.