You are at Home Brighton 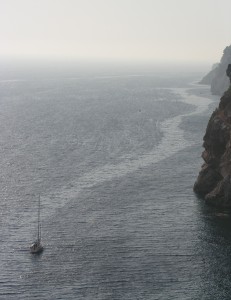 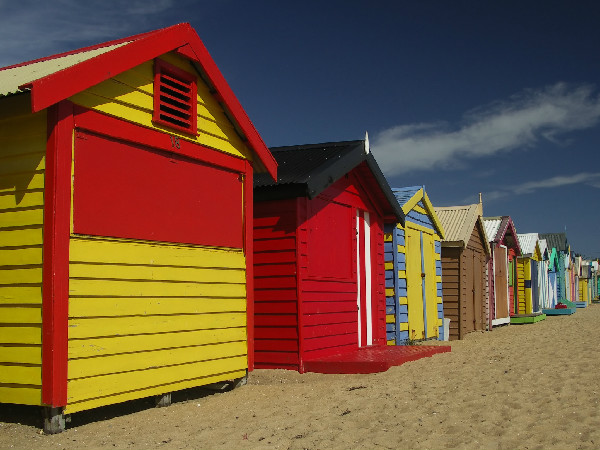 By Laura Davidson – who joins the yummymummybeauty team this month – is a well-established writer and editor and has been a national newspaper and magazine journalist for 20 years – working at The Daily Express, The Daily Record, The Sunday Mail and The Sun.

THE funfair, the pier, the fish ‘n’ chips, the candyfloss … all the ingredients are there for the perfect weekend by the beach. But if that doesn’t float your blow-up boat, scratch beneath the surface of Britain’s funkiest seaside resort and there’s far more to see. Fantastic artisan shopping, a bustling gay scene and the most banging nightlife outside London is all there to be enjoyed. There’s no doubt about it – Brighton rocks.

My first encounter of the Sussex sizzler was an all-too-brief day trip from London with some friends last summer. As we left on the last train bound for the big smoke after a brilliant sun-soaked day, I was already itching to go back for a longer visit. So when my husband and I were planning a cheeky little staycation in March, it seemed like a great choice. We dissed the usual airport chaos and instead took the train south from Glasgow, arriving at London Euston in under four and a half hours. 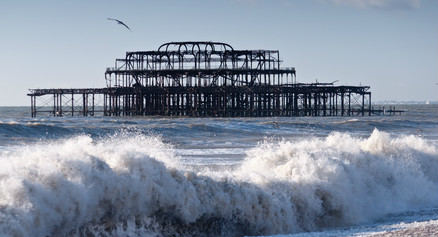 After a few chilled days of theatre, sightseeing and eating out in the capital we hopped on another train from London Victoria to Brighton for our seaside sojourn. It’s a short 50-minute trip – but as the train winds through lush green countryside and eventually pulls up just a short walk from the sea, you feel as though you’re leaving the city a million miles behind you.

Blue skies greeted us and although it was spring and still a little chilly, the sunshine definitely warmed our spirits. Our home for the first of our two-night stay was the iconic Grand Hotel, the famous imposing Victorian giant overlooking the sea. Although the hotel is most associated with the notorious bombing in 1984, you’d be hard-pushed to see where the original parts of the hotel ends and the rebuilding begins.

It’s a beautiful grande dame of a building and the glass-fronted restaurant has it all – amazing food (our perfectly-cooked brill and seabass were to die for) in fantastic surroundings with the best view in Brighton. The balcony of our gorgeous seafront room was a fantastic place to perch for some ‘people-watching’ along the front and take in the views of the Pier, a good place for a wander and a flutter on the amusements. If you have kids, you could easily entertain them for an afternoon on the rides.

If the Kiss Me Quick thing isn’t your scene, take a walk into town. A spot of shopping in the famous ‘Lanes’ is a must – it’s a warren of brick-paved streets just back from the seafront packed with an eclectic mix of designer shops, jewellery stores and antique emporiums mixed in with smart cafes and quaint old-fashioned pubs. Further into town is the ‘North Lanes’, known as Brighton’s Bohemian quarter. We wandered for three hours without realising where the time had gone taking in the various vintage shops. It’s not just home to once-worn wonders though – Brighton’s up-and-coming designers have set up camp here too so it’s a great chance to pick up a bargain from the new talent before they hike up their prices when they become famous. 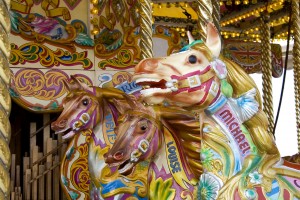 There are nearly 400 quirky shops to look around, selling everything from old movie posters to funky handbags and hand-made fudge. Pick up your free guide at the tourist office. Culture vultures are spoiled for choice too. Brighton is an easy place to navigate on foot and the tourist board have come up with a very 21st century way to guide you along your way. (Via their website, you can download two MP3 audio tour and a PDF map for a fiver and bung them on your ipod. Each walk takes about an hour and takes in the Lanes, arts venue the Brighton Dome, Brighton Pier, the clock tower to commemorate the golden jubilee of Queen Victoria, and the other stunning Regency architecture dotted around town.)

The tour also takes in Brighton’s most famous visitor attraction, the Royal Pavilion. Built as a pleasure palace by the Prince Regent, later George IV, it’s an amazing structure with an Indian exterior and Chinese interior set in beautiful gardens. It’s a must see, but I think the admission prices are a bit steep £9.50 for adults and £5.40 for kids hardly makes for a cheap family day out.

For our second night, we booked into the funky Hotel Du Vin and took up residence in the stunning loft-floor suite. I’ve lived in flats smaller than this set-up. As well as having its own lounge area and a bed big enough to accommodate the entire Jolie-Pitt dynasty, the luxurious addition of two free-standing bathtubs in the middle of the bedroom leaves you in no doubt you’re in the lap of five-star luxury.

For a destination that’s under an hour from London, Brighton feels a world away from the big smoke. Put it on your list for the great escape.

• Nightly rates at Hotel Du Vin Brighton start from £125 (www.hotelduvin.com for bookings) and at The Grand, a De Vere hotel, rooms are from £110 per night (www.devere.co.uk for bookings). For more on Brighton, see www.visitbrighton.com.