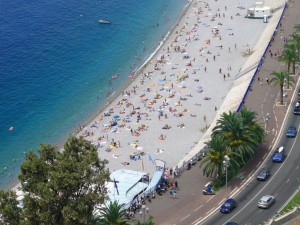 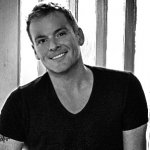 Steve King, is a Men’s Grooming Expert, broadcaster and journalist. He is a former editor of Men’s Health Magazine, as well as numerous women’s magazines. 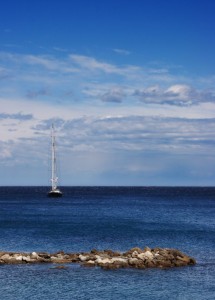 We’ve gone all Continental… in fact I think I might just actually own The Continent if you take into account the huge sums of money we spent in our single-handed effort to boost the French Economy and cancel Third World Debt!

And as for our SAT NAV – if SHE (yes it is a woman!) tried to pronounce anything else with a fake French accent…. The first time was amusing. The second – funny, but 14-hours into the journey – even she was getting the better of us all.

Anyway we made it intact. I counted three kids and a dog out of the car – which was great news that I hadn’t left one at the service stations we visited. That’s the thing – when you have a toilet trained 2-year-old who works out that by saying ‘Wee-wee’ or ‘poo-poo’ that Daddy will stop the car and we will all get out!

So we basked in all things Franglais. The kids immersed themselves in the culture, they ate those traditional French foods such as Le McDonalds, Le Pizza and the odd French Stick!

By day three the pool a the rented villa was so last season that we went on a wee trip to the beach. The car was packed and off we went. Not a care in the world.

Not really having a clue where to go, I threw caution to the wind and looked on the SAT NAV map for a stretch of golden sand. I pointed the destination cross to a particularly attractive sandy cove and off we went.

Thirty minutes later we had arrived and we began the mule train crossing from the car park area to the welcoming beach in front of us. Those of you with children will know the amount of ‘essential kit’ required for a day at the beach. Finally we made it after what felt like a trek across the Sahara Desert. The kids immediately ran to the gently lapping water, while we began the arduous task  of setting up “camp’.

I settled back on my towel, open the Kindle (to the same page I have read for almost 2 weeks) and breathed a sigh of relief….

The peace was instantly shattered by the following decibel-busting scream: “DADDY, there’s an old man in the water and he’s got no clothes on!”

I leapt up, tripping over the assembled kit, stumbled three steps and ended up face down on someone else’s towel. Gathering my dignity (why did I bother) I focused my sand-filled eyes on the lady whose beach area I had invaded and gasped. She was naked too.

I gained my composure and quickly surveyed the surroundings. Then it dawned on me. We had set up camp, smack bang in the middle of a nudist beach! Surprisingly enough we managed to high-tail it off the beach and away in considerably less time than it took to arrive. Even the dog is in therapy!

So, that was bad enough, but what happened next was truly embarrassing.

Take two – another beach, with a small harbour close-by. This time everyone was clothed. There were families playing and everyone was having a great time. I felt the urge to do something exciting, so I saw a jet-ski hire place a few hundred metres away and set off to have some fun.

Armed with my jet-ski license (yes I am qualified – which makes what’s about to happen even worse) I rented a jet-ski and hit the waves. After 20 minutes of pure showing off I decided to potter along and have a nosey at he boats in the harbour. As I entered I spotted a small two-man police boat approaching and one of the pristinely-dressed Gendarmes was waving and pointing. Turned out (as I should have remembered) you can’t jet ski within a certain distance of the shore and definitely NOT in a harbour.

I waved in acknowledgment, pretending I had no idea and then spun the jet ski round and accelerated away form the two cops. Forgot that a plume of frothy sea-water was going to shoot out the back of the jet ski and didn’t bargain on it drenching the two policemen from head to toe.

Long story short. I was arrested. Oh the shame! Taken to the police station, shouted at in French, fined a ludicrous amount of Euros and sent on my way. Note to self – DIY holidays are out for the foreseeable future. Showing off on jet ski – off the cards for life!

Until next time – try to stay out of trouble – and make sure you check out the Father’s Day grooming goody guide I have put together for you all – NO EXCUSES!

Let’s speak soon…. and remember to keep those tweets coming to me @findstevek