Hello – it seems like a very long time since we spoke! Hope your summer is going well and that those ‘little darlings’ aren’t being too taxing on your patience. Some of you will be mid-way through your holidays, while others, like us are still waiting for the schools to close.

I have a daily reminder from our eldest of the days left to our big trip to Mexico. It doesn’t half drag when you’re told every morning it’s a day less than it was the day before! 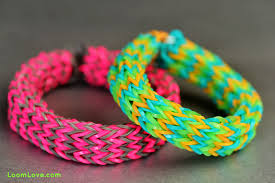 However before then we’re all heading to Scotland. We’re having two nights alone while my parents AKA Gagga and Grumps look after the brood, before we return South with the little one. The girls have elected to stay in Scotland until the day before we fly out to Mexico. Alright for some eh?

As I type this, I have the eldest at home as the school is ‘On strike’, the middle one creating yet another loom-band bracelet/monstrosity (how annoying are those blasted things – already had the Dyson man out twice as a result of over-zealous suction action on my part!) and the youngest has chicken pox!

The little blighter isn’t ill in the slightest and when I announced I had to write this. His reply was: “Blah, blah, blah, blah.” – he’s obviously mastered the art of reading my work and isn’t afraid to criticise.

Anyway, he’s proving very popular with a number of the local kids his age as parents are almost battering down our door with their children in a bid to get them to play with him. They all want their little darlings to get Chicken Pox – or as my little one calls them Chicken Pops. Who knew having a highly contagious illness would improve your popularity? 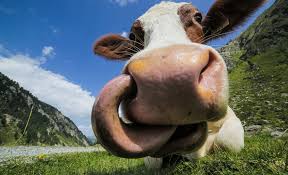 Don’t know about you, but isn’t this last school term a scheduling nightmare? School sports days, alternative school sports days due to bad weather, school concerts, summer fetes, recorder concerts (oh isn’t that the most painful experience ever!) and of course the dreaded School Trips…

Which brings me rather nicely to my adventures with the Nursery Class on their “Day at the Farm”.

Farms and me aren’t exactly friends. For starters, I am allergic to horses, allergic to foul smells and definitely allergic to muck.

So we set off. Twenty excited three to four-year-olds, assorted parents and staff – a coach with the obligatory ‘grumpy’ driver and a trip that should have taken 30 minutes , but actually took just over an hour. 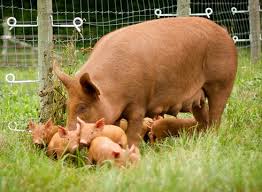 By the time we arrived at the farm, I was ready to come home. Seriously, some parents just like talking for the sake of talking. The topics of conversations raged from ‘Little Jamie’s” Mensa-like abilities (countered swiftly by Sally’s dancing skills – second only to the top Prima Ballerina) to Jean’s recent hysterectomy and some other ladies issue with her new-born ‘latching-on’ to breast feed!

The farm itself was, in a word a farm. Dirty, smelly, full of animals and destined to be our ‘home’ for the next five long hours.

Thankfully the sun was shining so that kept my mud-phobia firmly at bay.

We saw piglets ( actually very cute) an assortment of cattle, some sheep, a couple of scraggy donkeys – as well as those well-know farm animals – the parrot, cat, hamster, gerbil and snake!

The kids were having fun. The over-protective mothers were in full force. Seriously – have any of you ever heard of a three-year-old being mauled by a gerbil? Apparently, so I over-heard, they can be ‘very dangerous’ – remind me to alert the BBC Natural History Unit.

By around lunchtime, the nursery staff were looking slightly ‘frazzled’ and ever-so slightly hoarse. 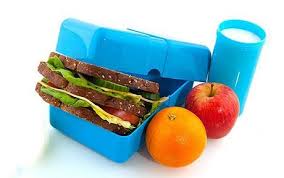 One of my favourite moments was when it was ‘packed lunch time’ and one of the teachers told the kids to “sit down” – didn’t think she’d banked on 20 youngsters being so obedient and literally sitting down on the spot – wherever that spot happened to be that they were standing. Let’s just say some kids didn’t choose wisely.

Didn’t realise quite how ‘competitive’ pack lunches could be. Seriously, next time I’m ordering from Fortnum and Mason – just to really p*ss a few of them off!

“Oh it’s Organic, lacto-free, hand-reared, daily stroked, fat-free” or “This? it’s nothing. I whip it up whenever the children ask (and she promptly produces a patisserie-grade chocolate cake – which was NOT home-made – because I’ve bought the exact same one myself).

So with that trauma over, it was again time to trudge round more pens and look at more animals. By this stage, I think the kids were over it – and I was praying that Pegga Pig might appear – to raise my spirits – it was that bad.

To add insult to injury the had no free Wifi and there was no 3G signal – which to me means no Twitter – and is close to Armageddon!

And then I heard the ‘farmer’ announce it was time to go see the horses. My absolute nightmare – even though they turned out to be five tiny Shetland ponies – I started itching 50 meters from the little buggers. 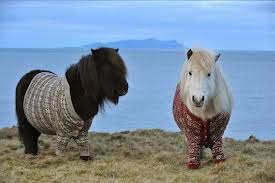 I hung back as much as I could. Remember this is the person whose two daughters go horse-riding every week and who makes them strip off (rain, hail or snow) BEFORE I let them in the car.

What happened next – you just couldn’t make up.

All the kids are close to the ponies, surrounded by eager coo-ing parents and I’m stuck right at the back. Next thing I hear a loud horse “Nayhing” and the farmer sterling telling everyone to “stand-back”. The little harmless ponie – called Caramel by the way – has had enough of being poked, prodded and stroked – and has a little mad moment.

The kids and parents literally “flee” backwards – as though a pack of man-eating tigers were on the loose – and in doing so the crowd jostle and bump – in the process knocking me backwards.

Now, I almost manage to stay upright, but the sheer volume and numbers are too much for me to cope with and I teeter backwards and then it happens. I fall ungracefully in the direction of what I think is going to be the ground, but that would be too good for me – and I end up submerged in one of these half oil drum water troughs they use for the horses to drink out of. The only thing that didn’t get drenched was my feet, which hung over the bottom lip. 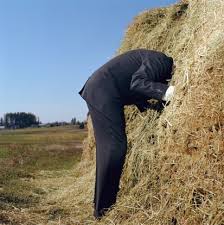 As quick as it happened, I heaved myself out of the murky depths, half-blinded and then promptly staggered straight into a heap of hay, piled eight-foot high.

What a mess. What a stink. What a bloody joke.

Let’s just say the trip home was a great deal quieter (and quicker) than the way going. It was almost worth putting up with the three-days of itching and red-eyes for that alone!

So next time I speak with you, I’ll be cocooned in 5-star luxury somewhere in Mexico, by a pool wearing as little as is legally possible.

Whatever you’re up to this Summer. Enjoy – or try to.

Until next time my friends.