You are at Home Do Your Shoes Hurt? 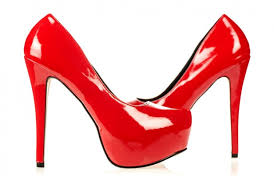 Do Your Shoes Hurt?

New research has revealed that women really are fashion victims when it comes to feet. Nearly three out of four hang on to shoes that are uncomfortable and two out three (62%) admit to buying footwear in the knowledge that they will suffer in style.

But research commissioned by Odor-Eaters SlimSoles, the soft and discreet odour control insoles specifically designed for women, revealed that our attitudes are strangely out of step, as we claim to still care about comfort – 82 per cent say comfort is the first thing they look for when making a purchase, ahead of price, colour and heel height.

British women really are fashion victims when it comes to their feet. Three out of four (77%) hang on to shoes that are uncomfortable and two out of three (62%) admit to buying footwear in the knowledge that they will suffer for the style.

The poll also confirmed our fondness for footwear, revealing that the average British woman owns a toe-curling 26[4] pairs of shoes, boots, trainers and sandals. It’s no surprise, that we’re so protective of our footwear, especially when 1 in 10 of us have a shoe collection worth £500. 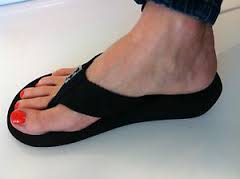 Curiously, although women are clearly spoilt for choice when it comes to what footwear to wear, nine out of ten (92%) admit to putting on the same pair two days in a row — despite expert advice that we should always alternate footwear to ensure it has plenty of time to dry out between outings.[5] Instead, by wearing the same pair of shoes, we are not only ruining the conditions of our shoes, but also increasing the chance of experiencing foot-odour.

Spokesperson for Odor-Eaters SlimSoles and leading podiatrist Michael O’Neill explains: “There are more sweat glands per square inch on your feet than on any other part of the body, even underarms.[6] Your feet can produce as much as half a pint of sweat in a single day,[7] so you are really asking for trouble if you don’t let footwear dry out properly.

The new poll also found that British women are not fans of shoes made from fabric — 69% don’t care whether they wear plastic or leather, which could also add to nasty niffs as synthetic materials encourage sweating and foot odour.

Odor-Eaters SlimSoles are thin, soft and discreet insoles specifically designed for women.  They provide a perfect fit with fashion footwear with all the power of Odor-Eaters to guard against foot odour and wetness.

Odor-Eaters SlimSoles are available from key stockists, including Boots, Tesco, ASDA & Superdrug with an RRP of £4.00.