You are at Home Got A Cold? Stay At Home 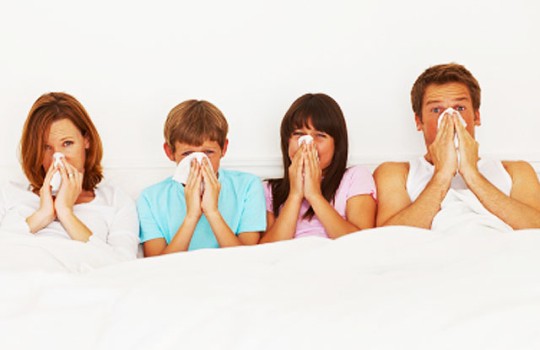 Got A Cold? Stay At Home 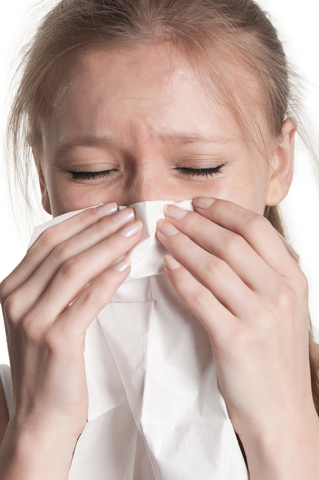 We’ve all experienced it; sitting next to someone either in the office, on a train or the bus, who is sneezing and coughing, eyes streaming and nose, red and running. We shuffle in our seats; breathing out the side of our mouths, desperately trying not to inhale their germs.

Offices, buses and trains are all hot breeding grounds for germs anyway; so we know that if the bacteria-filled, choked-up catarrh-coughing culprit happens to sneeze in our direction; we’re going to get it too.

But why should we be subjected to this selfish behaviour? Because the phlegm-addled individual believes that their entire corporation, school or company can’t operate without them? Really? How self-obsessed is that? Do they really think that their work will come to a complete standstill because they are not chipping away at the coalface for a couple of days? I don’t think so.

Plus if you think about it rationally, if you are full of the cold and have dragged yourself into your place of work, how productive are you anyway? Not very, let’s face it, you hardly have the energy to wipe that snotty nose of yours let alone put in a good day’s work, so why bother? Just so you can say you turned up and prove to your boss that you are not a slacker. It’s madness.

Personally I blame the government, employers and hard-pushed middle managers who are struggling to get the job done on a minimal number of staff. Employees have been so pared back to the bone these days to save companies’ money that if one person does take some time off for a cold, then the pressure is really on the rest of the staff.

In this country it is frowned upon to give in to any kind of illness. The mentality is that you should show some Dunkirk spirit, keep a stiff upper lip and soldier on – so turn up no matter how dreadful you feel and spread all those vicious little germs in the process.

We’re even brain-washed by advertisers who promise cold-bashing products that will keep us going no matter how ill we are. “Take this miracle pill and you can show the world you don’t get sick!” But shouldn’t we be listening to our bodies and improving our health instead of trying to impress our bosses?

As your granny will tell you – you don’t get any medals for going to work when you’re ill and did anyone lie on their deathbed and utter the words: “I wish I’d worked more.” No, of course not. You should have been having more spa treatments with hot stones!

Sometimes though, we have to admit defeat because we can’t physically make it out of bed – and how guilty do we feel about making the phone call to deliver the news that we’re not coming into work? It’s at times like these that you wish you still lived with your mother and she could do it for you.

When you do pluck up the courage to speak to your boss, you then tend to over-egg how ill you feel and decide to take at least a couple of days off just so ‘they’ will believe you really were ill in the first place and not just taking a ‘sickie’.

So if the powers-at-be really thought about it; this style of management actually works against them.

According to the National Health and Safety statistics; 30 million working days were lost and 24 million of those were due to work-related ill health. The Health and Safety Executive reveals that around one million Scottish workers take time off sick every week. One million! Are the bosses out there listening? Plus the CBI, the business organisation, calculated that the British economy lost a record £12bn last year as a result of sick leave.

If they stopped people who were not fit for work from turning up, that number would be reduced. People in the workplace would therefore be healthier and not so inclined to catch bugs and be stressed in the first place.

So there should be a law that if you have an infectious bug or cold; you stay at home. End of story. You don’t go out unless you are buying medicine or going to the doctor. There would be health officers appointed in every office, school or organisation who would be in charge of sending sick employees home. They would judge how infectious you were and would order you to stay at home until you were fit for work.

That way you stop the snot-spreading self-indulgent work-a-holics and their bosses from infecting hordes of other people who actually have lives outside work.

It would take the guilt out of being ill too and would actually improve productivity by lessening the amount of germs that were being spread and the amount of people being struck down by them. You know I’m right. So the next time you are full of the cold or have a bug, think about it. Would you not get better quicker if you had a couple of days to rest and recuperate? Get sensible and stay at home!