You are at Home We hate our tummies 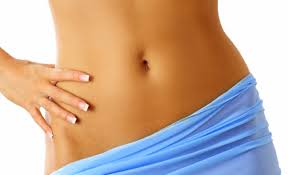 We hate our tummies

Almost a third (32%) of Brits hate their stomachs, while 29% detest their love handle

More than a quarter (27%) of Brits list bingo wings as one of their worst features, a fifth (20%) say their thighs get them down 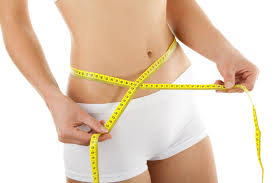 The body parts most hated by the great British public are their stomachs, love handles and bingo wings, according to new research[1] by Harley Street clinic, CosmeDocs.

The jury’s out on people’s bottoms, which feature on Brits most loved (18%) and most hated lists (13%) respectively. When it comes to the extremities, almost as many people hate their feet (12%), as love their hands (13%).

Eyes topped the most-loved body parts chart with a staggering 56% saying they are one of their top features, while hair came second (29%). More than a fifth (21%) of Brits also listed their pearly whites as one of their best features, as well as legs (22%), breasts or pecs (15%) and shoulders (16%).

The vast majority, 85%, of Brits say they aren’t planning on having any cosmetic surgery. However, almost four in 10 (38%) say they would consider changing something about their body if money wasn’t an issue.

According to private healthcare search engine, WhatClinic.com, enquiries for nose jobs has more than doubled – up 117% – in the past 12 months, arm lifts are up a whopping 564% and pectoral implants have risen by 163% in the same period. Bottom lifts are up 108%, while bottom reductions have more than tripled (267%).

However, these treatments don’t come cheap – with most major surgeries costing in excess of a few thousand pounds. Tummy tucks will set you back an average of £4,267, thigh lifts are £4,407, pectoral implants are £3,533 and bottom lifts are £4,132, based on average costs from WhatClinic.com.

The table below shows people’s top ten most disliked features:

The table below shows people’s top ten most liked features:

Dr Ahmed Haq, practitioner at Harley Street clinic, CosmeDocs Cosmetic Doctors, comments: “Most people have hang ups about their appearance but cosmetic surgery is a big step and, with some operations, irreversible. Anyone looking into any kind a procedure should be 100% sure they are doing it for the right reasons and have realistic expectations of the results.

“If you do decide on a treatment or surgery, be sure to do extensive research first and choose a practitioner you’re comfortable with. Don’t be afraid to ask questions and find out more about their experience in the sector. Although price can be a determining factor, make sure it isn’t your sole focus as things such as good reviews and aftercare are far more important.”