You are at Home London 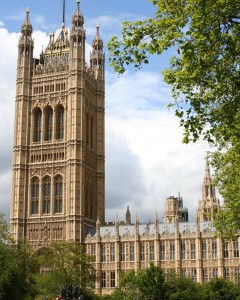 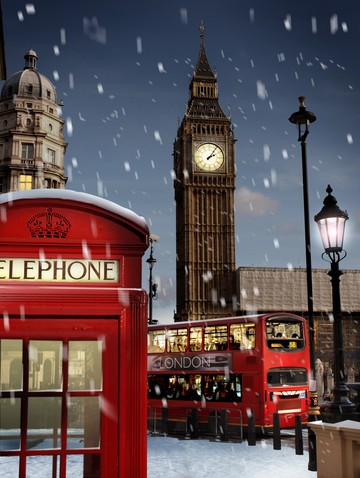 “WOULD you like to try the shark soup?” my husband cheekily says, raising an eyebrow. We’re sitting having dinner in Mayfair at Michelin-starred Kai; voted the best Chinese restaurant in London, shaking our heads at the choice, not in dismay but in disbelief. It’s vast; a myriad of mouth-watering dishes and flavours from all over Asia that we just can’t wait to try. Having just sped past what looks like a royal palace in Kensington in the taxi; and now contemplating eating food – some priced at just under £100 per dish – this is a dining experience that you’d only expect to find in the UK capital. But you don’t have to have Richard Branson’s wallet in your pocket to enjoy eating here; the fusion between good food and price is seamless; if you want to go for it you can but if you want to eat normally; you can do that too.

We opt for middle-priced dishes; prawns and chicken; a small starter and rice but the head waiter is concerned we’re not ordering enough food. We glance around and watch our fellow diners tuck into hearty portions of these Asian delicacies and try to reassure him as we sip our fizzing glasses of champagne. This is couture cuisine but with healthy portions; which won’t leave you feeling hungry a couple of hours after you’ve eaten.

The food is fresh and tasty and the ambiance quietly relaxing; so it’s definitely worth fitting in to a London weekend away. We’re following a tip to try Kai while on a whistle-stop weekend trip which sees us hopping on red buses and running for tubes; dining out in top but well-priced restaurants; sight-seeing and of course shopping. We haven’t even booked a show; preferring to take the expected jaunt to the theatre out of the equation and opting to enjoy our hotel, Covent Garden, the London Eye and a riverboat down the Thames instead. 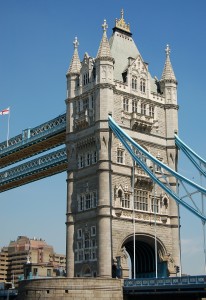 We’re staying at the Hilton’s Waldorf – right smack bang in the heart of it all; just off The Strand; a short walk away from the Thames and all those bridges and a stone’s throw away from Theatre Land and the West End. If you have just an overnight stay in the Big Smoke and you want to squeeze in as much as possible; there’s no more central place than the Waldorf; plus you’ll find your overnight accommodation has an unexpected acceptable price tag. It has all the trappings of a five-star hotel but none of the pomp and ceremony; just a relaxed vibe of quality and class.

After arriving, we meander outside to find Covent Garden a hotbed of activity; but we’re going shopping – and not the designer or High Street fashion shopping either. With four children to take gifts home to and with Christmas just round the corner; we head to London’s famous toy stores; starting with Benjamin Pollock’s Toyshop in Covent Garden, which is the home of charming traditional hand-made toys. Of course, you can’t miss Hamleys, on Regent Street, which is just like something out of the Hollywood block-buster Mr Magorium’s Wonder Emporium; and then there’s Harrods – where the Beckhams probably shop for their four; but the Toy Kingdom; while is a wonder to behold; is a little out of our price-range.

And soon it’s time for cocktails and so we find a bar and kick back and plan what else we can fit in as time ticks too quickly. That’s the thing with a two-day trip; you feel you need to pack in as much as possible; after dining in Mayfair, catching up with friends in an East End private club, we’re heading back to our hotel in the early hours. And because it’s a race against the clock, we have opted for an early morning flight on the London Eye, followed by a boat trip down the Thames before we have to head back north. After a delicious full English breakfast in the hotel; we hurry to catch our flight and within minutes, we can see the London Eye.

We join a bustling queue and wait our turn to board the Ferris-Wheel-esque giant glass capsules. But that’s where the resemblance to the fairground attraction ends because the Eye travels so slowly; you don’t even realise you are moving. And for those of you with height issues; the climb is so gradual, your senses get acclimatised so gently; there is nothing to fear. Each rotation takes about 30 minutes, meaning a capsule travels at 26cm per second, or 0.9km (0.6 miles) per hour – a tortoise pace; allowing passengers to step on and off without the wheel having to stop. A wonderful view of London and a relaxing experience you will cherish is your reward after your flight; and for the superstitious among you, you don’t have to worry about getting put on capsule 13 – they’ve left that one empty.

We then head for the river boat journey but are shepherded onto the wrong boat and find ourselves on a river taxi heading downstream. One understanding ticket collector later; we jump ship onto another taxi (a giant catamaran) and find ourselves sharing a bench seat with the same family who were sitting at the next table in Kai restaurant the night before. (In a city of six million people; you still find the world is a small place.)

Back in the queue for the right boat this time; we watch in awe as four sturdy rowers – akin to any of the teams you see in the Oxbridge races – fly past us and within seconds all we hear is shouting and a deafening crunching of the wood. As we watch the remnants of the canoe float by us; the four sportsmen are lifted safely aboard a police rescue vessel and we are allowed to board our boat.

That’s London for you – never a dull moment. As we sail past the Houses of Parliament; our American tour guide jauntily gives us some facts interesting albeit trivial facts about Westminster and the surrounding buildings – for instance do you know where the term Big Ben comes from? Hop aboard the boat and you’ll find out. We then head up the Thames to London and Tower Bridges; passing the Tate Modern and the restaurant Tom Cruise sat drinking what looks like a dark ale in the movie Mission Impossible; such is the diversity of the information tumbling out of the mouth of our very colourful and ‘knowledgable’ tour guide. But we have been blessed with great weather and the sun is out – and it’s hot – and as the sunlight bounces off the murky Thames water; we bask in its warmth; just soaking up all the history and tradition that’s all around.

And once we disembark; it’s time to head back up the road – and even though we have flown to Stansted from Glasgow using a cheap fair airline; it still takes us the best part of six hours to get into the centre of London. That said, our jaunt to the land of celebrity has been action-packed with sight-seeing; fine dining and shopping – what more would you want from a quick trip to one the most vibrant cities in the world.