You are at Home New Mums And PND 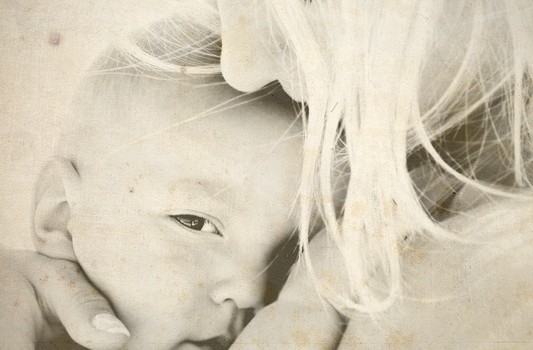 New mums suffering in silence due to lack of support network

New research from The Baby Show has revealed that mothers across the UK are suffering in silence when it comes to the baby blues and postnatal depression after the birth of their children.

In the study of 1,000 mums, nearly half (44%) admitted to feeling isolated once they’d given birth and 6 in 10 (60%) women said they suffered from a form of the baby blues.  The baby blues is a short period of feeling low, emotional and anxious that begins very shortly after a baby’s birth.  It is a result of natural hormonal changes after giving birth and can last up to 10 days or even longer.

Worryingly, 23% of respondents said that these baby blues developed into a state of postnatal depression which is a much deeper and longer form of depression that usually develops within six weeks of giving birth and can come on gradually or all of a sudden and can range from being relatively mild to very severe.

Whilst the most common source of support for post-partum mums was family members and friends, the majority (62%) said they didn’t get the support or treatment they really needed.  The main reasons for their isolation were listed as their partners working all the time (47%), the feeling that they had lost their personal identity having become a ‘mum’ rather than the individual person they used to be (39%) and one in four (26%) saying it was because they didn’t feel there were enough places to go outside of their home that accommodate babies and young children.

Wing Yan Lee, Marketing Manager for The Baby Show says: “These results show that whilst having a new baby is meant to be a time of celebration and joy, a large number of mums are struggling with feelings of loneliness and isolation.  Thankfully, it is now much more acceptable to discuss mental health issues and to help raise awareness we are launching a brand new panel at this week’s Baby Show at London Olympia, where experts will be on hand to give advice.

“Our research has confirmed the need to put this taboo subject in the spotlight in order to provide better support for new parents.  Having the knowledge of why these emotional changes occur, how to identify BB and PND and most importantly, how to deal with them is key to building confidence in new mums as well as their families.”

The Baby Show, which is held at Olympia, London, from the 23rd  to 25th October is home to over 200 exhibitors and an array of expert speakers giving advice across a wide range of relevant topics to help new parents find their feet.  One speaker who will be discussing the issues both mums and dads experience with their emotions during the rollercoaster ride that is parenting is Rachel Boyd, Information Manager from the mental health charity, Mind.

She says: “Many parents worry about not bonding with their new baby, or that they’re not enjoying parenthood as much as they believe they should. Having a child is never going to be plain sailing all the time, but it’s really important that new parents talk about their feelings.  It’s completely normal to feel emotional after such a huge life event, but if you’ve been feeling down for more than a couple of weeks, it could be a symptom of something more serious, such as postnatal depression. Although very common, far too often, new mums suffer in silence, but help is available.”

The new panel debate ‘Riding the Emotional Rollercoaster: What all parents should know about the baby blues and postnatal depression’ will be taking place on the MadeForMums stage at 2.15pm on Friday 23rd October and will feature expert speakers, Rachel Boyd, Information Manager from Mind, Mark Williams, co-founder of Dads Matter UK, the support website for dads with anxiety, depression and PTSD and journalist and author, Bryony Gordon who runs her own YouTube channel, OneFatMother.