You are at Home Save Brave Cancer Mummy 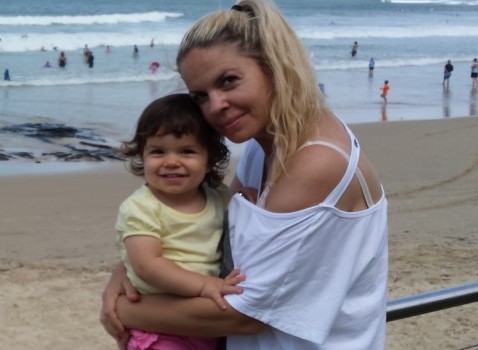 She’s only 32. She has a baby daughter. And she has a life-threatening cancer. Nicole Tsesmetzi now needs vital treatment in the US or Japan.

And mummies around the world can help her. All we are asking is for you to give £1 or $1 or 1 Euro to this cause and pass it on to any other mums you know. Let’s see if people power – mummy power – can make a difference.

We all have a spare £1… please take the time to donate.  Just click the link below…

If you organise an event, take up the cause by getting sponsored, we will carry your story. Any businesses out there? We will give you a month of free advertising for a donation of £50. Please help and get in touch at info@yummymummybeauty.com 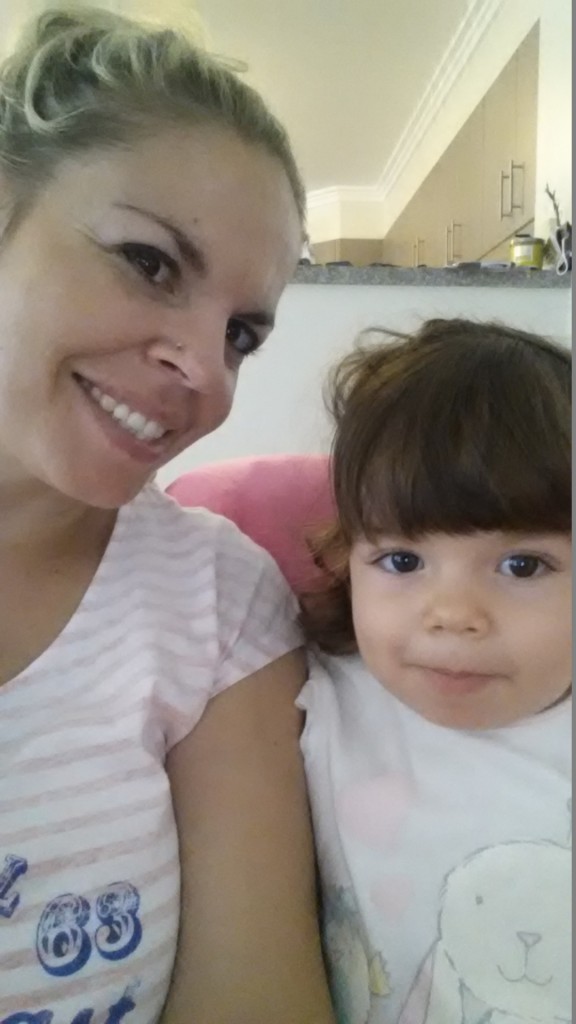 Nicole was just like any of us mums… looking after her baby daughter Polly-Anna, juggling work and family after marrying husband Manos in Rhodes.

Then a year ago, her life was turned upside down… after a routine visit to the doctors with a bit of back pain turned into something more.

Her aunt Tammy Raine said: “She was diagnosed with having a large tumour on her upper spine and although she was told it was benign, she needed to go to Crete to have surgery.

“The medical system in Greece at the moment is challenged due to their financial position so the care Nicole was receiving was limited and the hospital in Crete was being run on a shoe string.”

On the day of her scheduled surgery, the surgeon told her he couldn’t do it due to lack of the correct equipment. Nicole was devastated and in a lot of pain with nowhere to turn. Athens was an option but they were all frightened that they would be in the same position as far as funding and care. Also not having any family in Athens would have meant accommodation expenses for an indefinite time and they were not in a financial position to do this.

“When I heard this news I made contact with my daughter’s boss who is Bill Lukin, Head of Palliative Care at the Royal Brisbane. He was very quick to move and asked for all her information to be sent to him ASAP. This we did. As Nicole is an Australian citizen, he urged her to return to Australia for the surgery and was not confident that the tumour was benign,” Tammy explained. 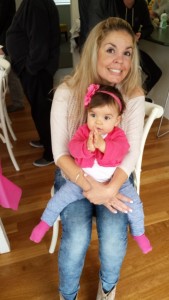 “Nicole, Mano, Polly-Anna and her Mum all came to Australia for the surgery. They had no time to pack their house and no money to set up a life in Australia while Nicole underwent this massive ordeal. Their situation in Greece was not good due to the economic climate and they had no money put aside for such an upheaval. Due to this situation I held a GOFUNDME fundraiser to raise money for them to get here, live and eat. This was a success and we raised around $30K.

“Nicole underwent 12 hours of gruelling surgery to wake up minus two vertebrae, 2 ribs and a massive zipper like scar down her spine. The prognosis was not great…she had a rare Chondrosarcoma cancer on her spine and it had wrapped itself around her aorta, this they could not remove and hoped that radiotherapy would be the best option.

there was too much scar tissue to be precise with the procedure. While waiting for this treatment, Nicole started to get a lot of pain. Upon inspection they saw that the tumour had grown back very quickly and they again had to open her up to operate to remove it. Still not getting it all.

“Finally radiotherapy started and completed with unsuccessful results because she now has Stage 2 secondary cancer in her lungs. However, there is still hope for Nicole.

“There is a treatment that may save her but this treatment is not subsidised by the government and she will need to go to Japan or America to receive it. It will cost $100,000 (including expenses).”
As we no time to waste we really need some help to raise money for Nicole.