You are at Home The Lake District 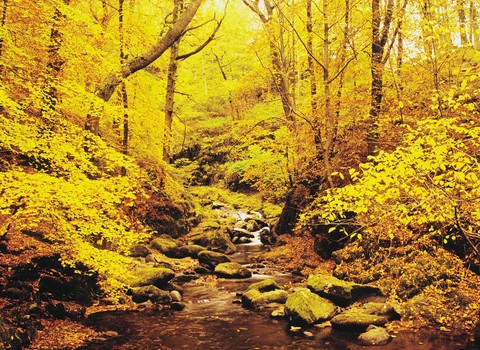 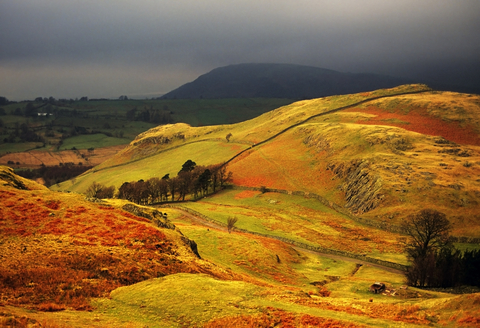 For a weekend away, it’s hard to beat the Lake District for the sheer indulgence of every sense. From the glorious golden countryside fringed with perfectly-made dry stone walls to the wonderful silence of hilltops looking out across it all.

Changed days indeed. My own memories of this corner of north-western England are as a stroppy teenager on holiday with my parents, trailing about after them and complaining every five minutes that I was bored.

With a base at Linthwaite Country House, a new breed of hotel with luxurious, contemporary surroundings and none of the stuffiness which normally goes with it, I’m pleased to find it’s no longer the 1970s and I’m delighted to be back.

We arrive late afternoon, just in time to drop off out bags, then head outside to take in the views. From this hilltop setting it seems the Lake District is laid out in front of us, with forest-clad hills rolling down to the water of Windermere.

Set in 14 acres of gardens, a young family are taking a swing at the manicured croquet lawn as we pass on the path which winds around to the tarn. This mini lake is stocked with brown trout for guests to make use of the catch and release programme.

None of these fish make it to the dinner table, but that’s hardly a setback. The food is so good in the restaurant it’s worth coming all this way just to eat. Under the expert eye of head chef Paul Peters, an Australian with an impressive background at Marco Pierre White’s Hampstead Brasserie and Browns Hotel in London , the intimate restaurant is the ideal place for a romantic meal for two.

It seems to be a popular place for couples to get engaged and for honeymooners. The hotel even offers a special package for loved-up twosomes who can’t find the time in their lives for a bit of romance with an afternoon matinee of the first film you saw together in the private cinema, followed by a candlelit dinner.

The Lake District is squeezed into the county of Cumbria , look at a map and you’ll see the large circle which forms the Lake District National Park and contains the jewels in the district’s crown.

Covering 885 square miles, about half the size of the Cairngorms national park, it isn’t much bigger than greater London but has England ’s highest mountain ( Scafell Pike ) and deepest lake (Wastwater). 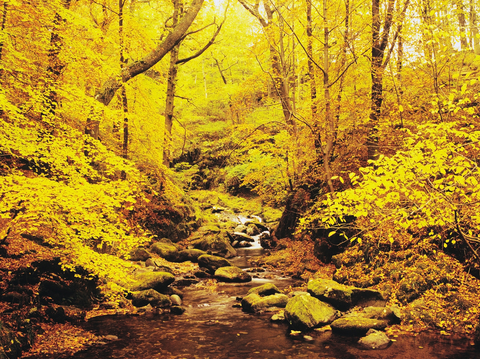 I think it was William Wordsworth who likened the shape of the Lake District to a wheel, with the lakes and dales radiating from the centre like spokes. This means our hotel at Windermere is perfect positioned for exploring the beauty of Lakeland . It really is pristine, like a softer, fairytale version of the wild and rugged Scottish Highlands. Think of The Hobbit’s green meadows and idyllic country living and you’re almost there.

With all of nature’s delights packed into a relatively small area, it’s easy to get around on foot, by bicycle or car. Don’t go out for the day without checking the forecast first. The weather has to be one of the reasons why Scots particularly love the Lakes.

We feel right at home with the ever-changing barometer, from pouring rain to bright sunshine and are treated to a glorious autumn day to explore Grassmere, Keswick and Ambleside. Wandering paths along the shore of Derwent Water with the sun on our backs is a distant memory the following morning when we take the ferry across the lake from Windermere and walk up to Hawkshead in low mist.

There are hordes of Japanese tourists hot on the Beatrix Potter trail, which starts at the gallery in Hawkshead, where many original drawings are on display, then goes on to Tarn Hows and across Coniston Water. I hear there’s now a Beatrix Potter museum in Japan with a recreation of Hill Top, the cottage and garden where she wrote many of her books.

Skiddaw is a great leg-stretcher with an open path leading up from Keswick, up Latrigg first, and then onto Skiddaw itself. With wide grassy slopes and no dangerous crags, it’s an easy stroll, even for children.

For an exciting summit and exhilarating ascent, nothing beats Helvellyn. The scramble to the summit ridge is bitterly exposed in summer and winter and this is no place if you suffer from vertigo. Stick with the punishing route and you’ll be rewarded with fantastic views.

Lakeland might have a dignified air of and healthy outdoor exercise and afternoon tea and scones, but it’s also the home of the dotty and the wonderfully eccentric.

Take Cars of the Stars in Keswick, a museum which houses the private collection of cars used in films and TV, from the Batmobile to Knightrider’s KITT, all owned by a local dentist, who also happens to be a keen autograph hunter. Don’t miss the weird and wonderful display of photographs taken of him with celebs he’s tracked down.

There’s talk of the national park being designated a World Heritage Site, which can only help to protect those rolling meadows, spiky hills and mysterious lakes. Maybe in a few years time a real Hobbit home will be discovered in a valley here. In the meantime, I’m happy to make do with the secluded pleasure of a couple of nights at Linthwaite House, enjoying the finer things in life. www.linthwaite.com