You are at Home Why Emma Stone Looks So Good

Why Emma Stone Looks So Good 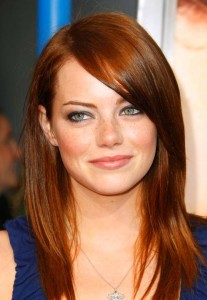 The ‘Spiderman’ and ‘The Help’ actress credited her flawless skin to daily doses of coconut oil, commenting that: “As I’m allergic to a lot of fragrances, I go for gentle, natural skincare like coconut oil.”

This revelation comes as no surprise to Sebastian Pole, Ayurvedic Practitioner and Co-Founder of Pukka Herbs, who has long advocated the health benefits of using coconut oil.

He says: “Coconut is highly nutritious, rich in vitamins (such as Vitamin C, Riboflavin and Thiamine) and minerals (such as calcium, iron and phosphorus). Coconut oil contains high levels of a fatty acid called lauric acid, known to help boost immunity. It has also traditionally been used as a nourishing beauty remedy by many cultures across the world and is renowned for helping to heal the skin.“