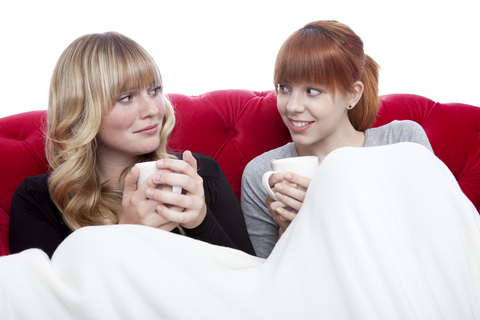 It’s been a month of planes, trains and automobiles here at King Towers. I’ve done a fair bit of Globe-trotting since we last spoke. Been to Russia -Moscow to be exact – more of that in next month’s column! I also took the three year-old to Edinburgh for the day to visit my mum, AKA Gaga – who’d just had her knee replaced. Boy that was some operation – I mean my trip and not her surgery!

Before I start, I want to say my little one is normally really well-behaved – honest! I had to get the wee one up at 5.45am – and despite the promise of an adventure he was in a foul mood. With the taxi beeping and him insisting we took his Rory the Race Car roll-on suitcase – packed to the nines – for a day trip – we eventually made it to the airport.

By this stage he was approaching nuclear on the hyper-scale of kids. Not sure if it was the smell of the aviation fuel or the fact he thought it was time for us to go on holiday to Mexico! Anyway, we get to security and I begin the operation of peeling him like an onion to get him down to his vest and pants – well not quite, but you get the idea. Is it just me or has airport security gone completely mad? It’s not like there are many child terrorists on the FBI’s most wanted list as far as I’m aware!

So, as I am loading the three plastic containers with assorted coats, iPads, Kindles and the assortment of other items I seem to have accumulated – I turn round to pick up my mobile phone, wallet and boarding passes and spot him… The little tyke has climbed up onto the conveyor belt and is now in the process of heading towards the X-ray machine. If it wasn’t for the fact he was mine, I would have laughed out loud. It was like a scene from one of those kids’ movies. Only this didn’t have a happy ending.

A lady screams, I drop everything and grab him seconds before he disappears, head-first, into the gaping chasm that is the mouth of the X-ray machine. Then alarms sound. He’s been spotted. Burly security guards descend upon us and there isn’t a smile on anyones face – apart from the little tyke who is completely oblivious to the drama that is about to ensue. I’m asked to gather up all our things and go with the officials. This is no mean feat with me, belt-less, shoe-less and clutching onto a three year-old, and a Rory the Race Car suitcase.

It took us 30 minutes of stern-faced telling offs before we were released into the wild and thankfully we caught the flight.

That wasn’t exactly turbulence-free either.

It all started when the cabin staff started their in-flight refreshment service. Not sure if I’ve created a monster or not, but boy he wasn’t happy. “Where’s my breakfast?’ he asked. I explained that the flight was so short there wasn’t time for breakfast and that did little to pacify him. You’d think he hadn’t already had, a bowl of cereal, milk, an apple, a banana and a few Peppa Pig fruit gums (bribe purposes). I eventually selected enough from what was on offer to satisfy his displeasure.

Next he needed to go to the loo. Now when I explain this was a 48-seater prop aircraft you could barely stand up in, you’ll understand how difficult it is for 6ft me plus one excited child to get into the tiny loo in the first place. I had to stand him on top of the loo, ease the folding door back into place and then he wasn’t happy because he couldn’t stand up and do a wee like daddy does.

No matter what I tried he just wasn’t having it. Next think the door opens and I tip backwards into the tiny galley space.

Turns up in our toilet struggle, one of us – and I think we can guess who, had pressed the big red “emergency” button and this had set of the alarm in the cockpit signalling a passenger was in trouble.

Talk about embarrassing. Red-faced and following the second lecture of the day from an airport official, we de-planed (sorry I just love that American expresstion  and have been dying to use it) in Edinburgh and thankfully my Dad AKA Grumps was on hand to come to my rescue.

The visit to Gaga went fine – well on the scale of the day I had had so far that is. He wasn’t best pleased she was in bed of course – and I think the quiet Private Hospital she was in will now be reconsidering their policy of visiting from 9am-9pm – including children.

True to his form on this day, he started. First pressing the emergency buzzer repeatedly, sending a procession of-ever-increasing annoyed nurses into her room. Then he tried to go for the self-medication morphine pump my mum was hooked up to – let’s say she was slurring her speech and well-medicated before we noticed – thankfully those machines are designed to prevent the patient from getting too much! But think Anna Nicole Smith (RIP) on a bad day and you’ll get the picture. I’ve never watched a clock so many times in my life. By the time we left I believe BUPA were considering issuing their first ASBO to a 3-year-old.

The return trip wasn’t much better. This time I picked him up at security and

held on tight until he had to walk through the metal detector. Obviously as a

carry him through with me. Either that or he was now a wanted tot!

They regretted that decision though.

He did as he was asked – walking through the detector and then promptly ran.

With all the skills of a premiership footballer, he dodged the security guards

as they attempted to stop him. I ran through the barrier and the alarm went

set the alarm off – no exception sir.”

me before Edinburgh airport was shut-down.

We quickly made our way to the sanctuary of the Executive Lounge. And by

this time ‘Tiny Terror’ was back to normal. In fact one older lady commented:

“He’s such a darling. He’s so polite and well-mannered. What a joy he must

I smiled as parents do and nodded: Oh yes, he’s something like that.”

By the time we boarded he was knackered. After the excitement of take-off he

gave up looking out the window and settled down like a seasoned traveller.

“Oh he’s so good.” said the cabin attendant as we de-planed (yes got it in

again) – if only she knew eh? Obviously she doesn’t have kids!