OMG Thank the Lord it’s over!

Don’t get me wrong – I love Christmas, but for us at King Towers – three kids – a dog and six Christmas trees – it went on just a little too long. Thankfully as I type this things have returned to normal – well as normal as they ever get around here!

I really hope you all had a brilliant time. Ours was great – but, not without several incidents….

It all started On Christmas Eve. We were so organised, it was frightening. The kids had hung stockings, left mince pies and apples (apparently the reindeers had gone off carrots) and we were left with nothing to do but eat a smorgasbord of mini-food from the M&S party range. Well mini-food equals mini calories, which means you can eat more – there is logic in there somewhere, trust me.

We carefully selected enough to feed the street and loaded it onto sagging trays and stuck it in the oven. Weirdly, despite it having been on heating-up for 15 mins, when I opened the door I was blasted with cold air from the fan. I switched it off and on – turned up the thermostat to max and waited – panic rising – as I feared the worse. 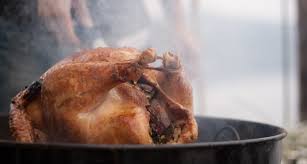 Ten minutes later our fears were realised. The oven was knackered. Our mini food-fest was cancelled and then it dawned on me – CHRISTMAS DINNER?

Well let me tell you – it is possible to cook Christmas Dinner without an oven! Or at least, we pretended it was. Using the microwave convection oven thing  (which indecently filled the house with thick grey acrid smoke as it had never ever been used) and the trusty old BBQ. Yes, picture this, it’s bitterly cold and raining. The winds howling and there’s me with a butchered beast of a butter-basted turkey, carved into parts I don’t even want to remember, standing in the garden in a onesie, under golf brolly, trying to cook a turkey. The goose-fat roasties and the honey-glazed parsnips were barely passable, and as for the pigs-in-blankets, well they fell through the grate of the BBQ within seconds!

But with determination and humour we did have a dinner of sorts, served one accompaniment at a time. And we’re still without an oven. It seems when you order a ridiculously expensive cooker and a part of it malfunctions, you have to wait almost a month for the part. I’m getting such a dab-hand at not using the oven, I’m seriously considering bring out a cookbook… now there’s an idea Ed? 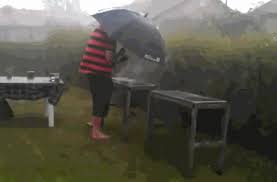 Calamity two happened on the 27th. Fed-up with the skip-load sized collection of rubbish bags accumulating at the side of the house, I decided a trip to the tip was in order. The car was jammed with bags and I set off, determined to rid us of the rubbish. Seems like everyone in our area had the same idea. Forty-five minutes later, I made it to the head of the line of cars, secured a spot and began lobbing the bags into the appropriate dumpsters.

With two bags left, my hands were frozen and I could hardly feel my fingers. As I chucked the final bag over the railing, I felt my wedding ring slip off my finger and saw it sail in a high arc over the railing and into the dumpster below. I let out the loudest scream: “Noooooooooo.” and this attracted the attention of almost everyone on the site. The bloke from the recycling centre rushed to my aid. The dumping at my particular bin was halted. And believe it or not – after almost four hours of crawling around the non-recyclable container, I found it. Let me tell you it wasn’t pleasant. The stuff people chuck out!

Anyway, I had my sparkler back. It was a triumph. The smell which lingered on my skin and hair on the other-hand was nothing short of gut-retching. It took four showers and I still had the whiff of a dumpster. 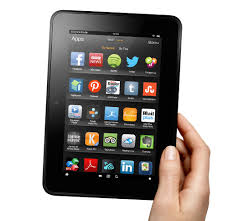 The final straw came on New Year’s Day. Our middle one had gotten a Kindle HD Fire from Santa – complete with case and one of those pen things you can use to touch the screen. She was warned to be careful with it and to use it gently, so as not to scratch the screen. True to her word, she was gentle and the Kindle looked pristine after hours of use.

What we hadn’t taken into account was that our littlest one – now three-years-old would ever dream of picking up the pen thing and use it. As I said, the Kindle is still pristine and blemish free. Our 50-inch Plasma TV on the other hand is now sporting some very deep and obvious scratches. It seems he thought he could make Peppa Pig “do things” like he can on the iPad, by attacking the TV with the pen. As he became more frustrated that it wasn’t reacting, so more aggressive became his pen-usage. I wouldn’t care but he wasn’t in the TV room on his own. BOTH his sisters were in there with him. The oldest was zoned-out and ear-phoned up to her new iPhone 5C and the middle -one was in a similar state with her Kindle. 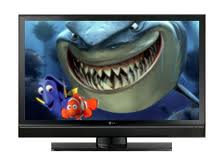 Anyway, touch wood, since then we have been ‘incident-free’ – but I’m sure it will only be a matter of time….

Until next time folks. Enjoy your January where ever you are and whatever you get up to. We’re off to Moscow this month – don’t ask – full report when I get back from my thermal-wearing trip.

Make sure you check out our brilliant new Health & Fitness guru Ollie Lawrence. He’s a weight-loss guru with a tremendous amount of success and he’s the perfect partner to help you get into shape after those Festive excesses! Check out his FIRST yummymummybeauty column

And before I go, just time to mention you need to look at my recommendations for your New Year’s grooming regime. If ever there was a time to get a ‘new you’ it was now. Click here XXXXXX (INSERT LINK) and discover the products I reckon are among the best.

Thanks again to all of you who follow me on Twitter – I’ve reached over 230,000 followers – eternal thanks for your support!