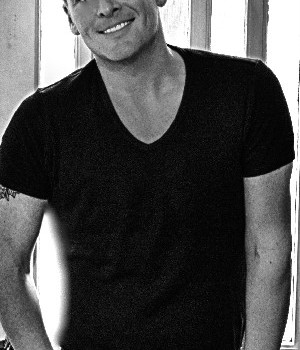 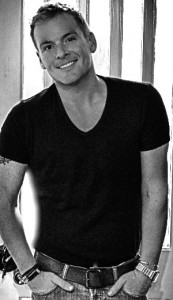 He is the foster parent to three children, aged ten, six and two-years-old and is a true believer that women are not the only ones who need a helping hand in the “looking their best” department.

Can’t believe it’s been a month since we last spoke. When I look in the mirror, it seems like a year. It’s been a tough month – and I had a birthday. Another year ticked by… It started well and went down hill faster than Joan Rivers hearing her plastic surgeon was having a fire sale!

Firstly, our six-year-old made me a card – aww sweet I hear you say – and it was until I opened the be-jazzled and glitter-festooned envelope and read – ‘Happy 52nd Birthday’. A couple of years out would have been okay, but almost a decade? 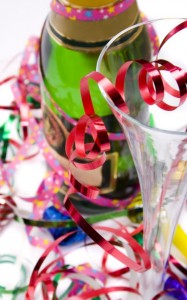 Then I really felt extra special when our littlest one – who turned two in December – decided to start noticing the lines on my face. With child-like timing, the day before my birthday, his little fingers started wandering and he became fascinated with my forehead. Innocent enough until he uttered the words… “lines” – Lucky me eh?

So it was rather timely that in my moment of male mid-life crisis – I started testing a range of anti-ageing products. How Rock ‘n’ Roll am I? I could have had a tattoo… oh hang on, I did that when I was 40!

Anyway, I am one of the most skeptical people you will ever meet. I never trust the things manufacturers say on packaging or advertising and I am very much a ‘see and believe’ rather than a ‘hope and pray’ kinda guy. So when it came to trying to, in the words of another walking advert for eternal youth – Cher – ‘Turn Back Time’ – I jumped at the chance to get in front of the mirror and start applying….

In the course of my extensive research, I’ve come across five absolute crackers for blokes who want to make the most of what they’ve got, and hang on to ‘the looks’ they have, for as long as possible – without resorting to the surgeon’s knife!

This ‘Double Agent’ is one part water, one part oil, which means the two halves of the 30+ skin super-saviour have to be kept separated – not unlike rival football supporters on cup final day!

However, when you press the pump twice (yes, you only need a tiny amount) and unite the warring fractions together – all manner of magic starts to happen.

I absolute love it. I take my hat off to the boffins at the Clarins secret skin bunker. I have noticed my skin does look healthier and firmer. On this occasion the hype surrounding this new product is true.

I urge you to try it. Only problem I can see is that Double Serum isn’t just for us guys… it’s unisex… so if you notice it disappearing a little faster than you’d imagined – look no further than your Mrs. I have warned you!

Now don’t laugh but there is a growing ageing condition among guys… it’s being called ‘smartphone face’. I kid you not. Apparently in the USA it is now a recognised medical condition! It affects us guys and in particular the technology geeks among us, who are at risk from sagging jowls….

Smartphone and tablet use can cause your facial skin to lose its elasticity as we increasing spend time sitting with our heads bent… Thank God for this little number from Elemis. I confess I passed this one on to a friend who is worried about his jowls (sorry Toby)… and he has used it religiously. The results are noticeable.

This little treatment has a powerful formula containing, among other things, a high tech natural extract from African Tiger Nut which helps flatten the point where your outer and inner skin layers meet and then works on improving elasticity, giving you a firmer tighter look. Who said you can’t have a square jaw?

Now, I don’t know about you, but for me the ‘Eyes have it’ – they are in my opinion the single biggest give-away when it comes to looking your age. Your real one that is. So anything that can help reduce those tell-tale lines or furrows if you’re unlucky enough to have them, is a must-have in a bloke’s weaponry for tackling the signs of ageing.

This tiny tube for Clinique delivers a comprehensive all in one anti-ageing eye cream. It’s easy to apply. Gently rub in a tiny amount around your eyes and this cream hydrates and diminishes the look of dark circles and puffiness immediately and over time. It claims to correct fine lines around the eye – and so far I am noticing a difference – RESULT!

When it comes to knowing about how your skin works, what it needs and how best to limit and repair damage, you have to love the scientists at the International Dermal Institute – the creators of the Dermalogica brand.

Their boffins in white coats are masters at making us look younger and it doesn’t come better than their MULTIVITAMIN POWER FIRM. Its powerful firming complex helps combat lines worry-some facial lines. It accelerates your skin’s natural repair process with Vitamin A (Retinol) while antioxidant vitamins C and E improve elasticity as well as scavenging free radicals. Plus the cream contains silicones which shield vulnerable skin, acting as a protective barrier against further assault. It’s just brilliant.

One superb product, from The Green People, who specialise in organic skincare is the Active Fix Repair Serum. It’s crammed full of powerful active and natural ingredients including Almond, Seaweed and Olive Leaf. But don’t be shying away from this one because it sound so – err – ‘natural’!

It’s been getting some great results. You can use it all over the face, eyes and even your neck and it has some pretty amazing age reversing effects. Added to this it’s made without any alcohol or artificial fragrances and is great for guys who may be prone to eczema, psoriasis and acne.

On another positive note, the price is great too. Give it a try!

So, not a great deal more for me to say, apart from ‘Get Applying’ and start taking the steps towards looking and feeling better

Until next month… keep up the good grooming!