You are at Home Are childcare costs forcing you to stop working? 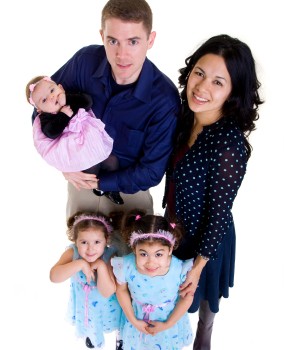 Are childcare costs forcing you to stop working?

Iain McMath, CEO of Sodexo Benefits and Rewards Services, the leading provider of childcare vouchers in the UK, comments on the news that 1/5 parents will consider quitting work in 2015 due to childcare costs:

“As childcare costs rise, it’s becoming clear that parents are being forced to make drastic decisions regarding their finances and employment. Childcare now regularly outstrips even mortgage expenditure as the biggest strain on family income. It’s a situation that threatens not only household budgets, but also the wider economy, since it pushes many parents towards abandoning work and staying at home.

A government childcare consultation has taken place to determine how childcare vouchers will be offered after the 2015 election. Employer-led childcare voucher schemes currently can save each parent up to £933 per year, contributing £1,866 to a family when both parents are working. The new Tax-Free Childcare Scheme is designed to save parents up to £2000 per year; however the average saving has been estimated at just £600. Therefore, for many parents, the incentive will be to start receiving childcare vouchers before the cut off point in autumn 2015.

Regardless of what scheme the government implements in 2015, the good news is that childcare vouchers are currently still available for children up to the age of 15. As such, parents that sign up for vouchers between now and autumn 2015 will have the option to stay on the current scheme and continue receiving vouchers, even when the new scheme starts.”