You are at Home Yummy Travel – China 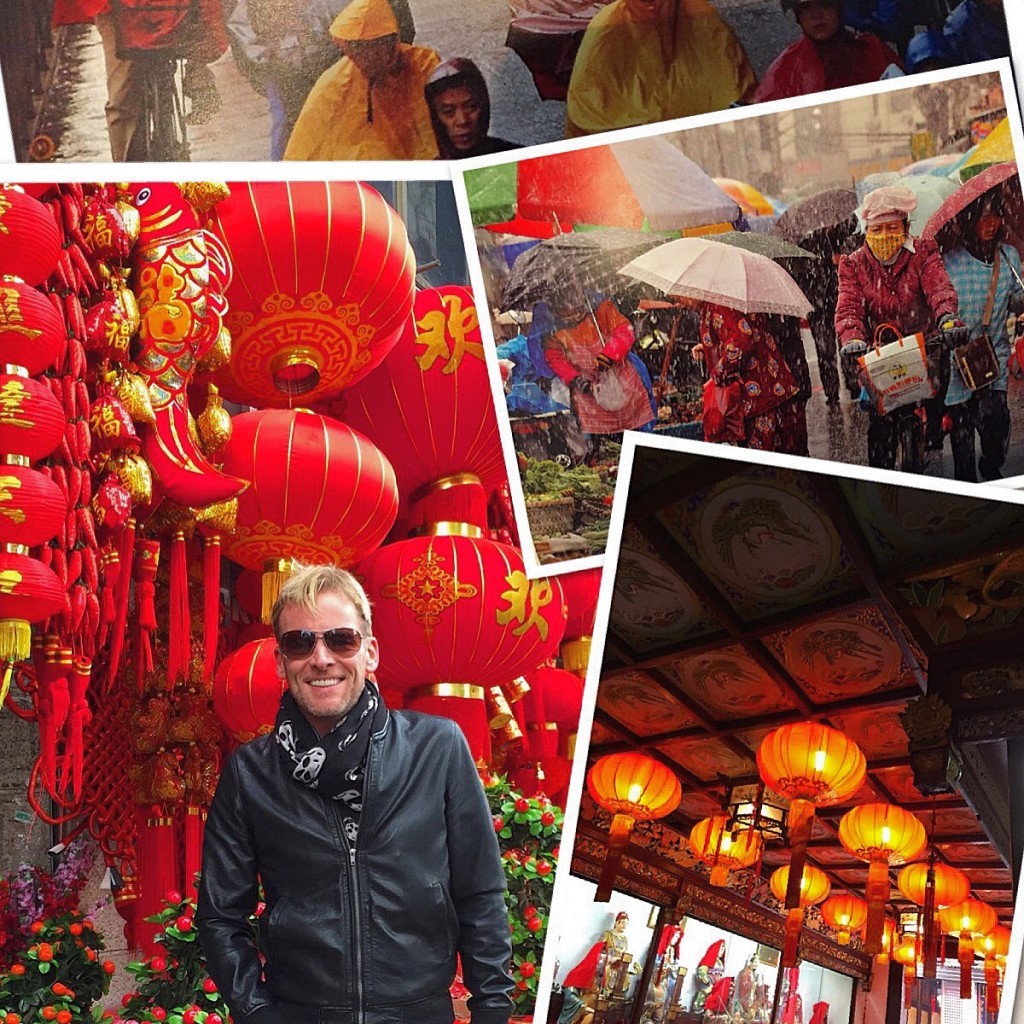 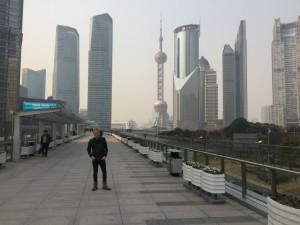 It might not have the same cache as say New York, but venturing to the Far East is now becoming the ‘Must-Do’ item on everyone’s Travel Wish List. So what’s all the fuss about?

So pick up your chopsticks and dig in to discover Shanghai’s hidden treasures.

It’s a city of colour, a city of contrasts. A city where one minute you’ll be confronted with a Gucci-clad lady with her multi-coloured dyed poodle and then turn round to see an elderly grandmother chopping up chicken in the street.

It’s a 24/7 city where you’ll find whatever it is your looking for.

With a population of more than 20 million, Shanghai is one of the world’s most densely populated cities. It’s China’s largest city, spread over 2000 square miles and is divided in two by the Huangpu River, the historic centre of the city, Puxi, is on the western side of the river, and modern Pudong, with the ever-changing skyline, is on the east.

Although it is a vast metropolis, with hundreds of towering skyscrapers, a 24-hour stopover is sufficient time to see the main highlights, but to explore the city properly you need at least five days. 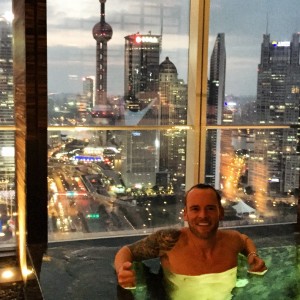 We stayed in Pudong at the Four Seasons Hotel, which at just 55 stories is a mere baby and is dwarfed in the shadows of the Jin Mao Tower and the soon to be completed after six years of construction (2nd tallest building in the world) Shanghai Central Tower.

The Four Seasons Pudong is locally known as the ‘Jewel Box’ – mainly due to its stunningly modern interiors inspired from Shanghai’s Golden Age during the 1920s and 30s Art Deco period. It has just 187 rooms and suites and features the most dramatic floor-to-ceiling windows offering breath-taking views of the city’s architecture.

The hotel is small enough to have a very boutique feel about it, but add into the mix the exceptional service from the staff and the facilities on offer and you’re not going to be disappointed and totally understand that great things do indeed come in small packages.

The highlight for me in this hotel has to be the sexiest infinity Swimming Pool I’ve ever been it. It’s on the 41st floor – yes you read that correctly – and it is particularly amazing to take a late-night dip and see the neon skyline light up before you. Huge over-sized windows look directly towards the Financial District and the iconic Pearl Tower.

And after your swim, you can head to the only Spa in China to use Guerlain products – Flare. I had a ‘Are You

Here Yet’ massage – a deep tissue treatment designed for today’s time traveller and perfect as a jet-lag reviver, ensuring you’re back to your best and ready to hit the city in just 60 minutes.

The hotel also has two superb restaurants – Shang-Xi – voted the number two place to eat in Shanghai – and serving Cantonese and Shanghai delicacies like Braised Spinach Soup with Truffle Oil, Baked Hairy Shell Crabs and my favourite the Baked Barbecue Pork Buns. There’s also Camelia which serves a range of international cuisine and contemporary French dishes. My favourite was the Baked Black Cod with Watermelon and Vanilla Vegetables and Citrus Foam.

So what to do? Okay, there is sight-seeing, but before you hit them, there’s something everyone has to experience.

First on your list has to be the South Bund Fabric Market. Jump in a cab. They are cheap – the most we paid  in our entire trip was £5 and that was for a return journey to this location with a 45-minute wait for us. The market is unbelievable. Three floors crammed with every bolt of fabric you’ll ever need and then some. you can have suits, shirts, coats, dresses, in fact any type of clothing, made-to-measure in as little as 24-hours. Although, you’ll definitely get better quality if you can collect your finished items in 72 hours. 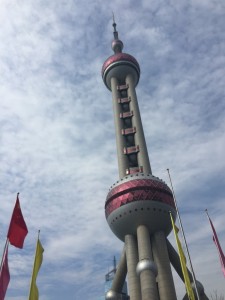 We had 100% cotton shirts made to our specs for £12, a cashmere overcoat for just under £100 and an assortment of other garments – all tailored to your exact measurements at a fraction of the cost of bespoke clothing. I even had a pair of trousers I had owned for several years copied.

With your clothing order taken care of you’ve got time to explore and so head to The Bund. It’s the waterfront area in central Shanghai and runs along the Western Bank of the Huangpu River, facing Pudong. It’s only around two miles long and is lined with tall trees. It’s a tourist mecca, so expect to be approached endlessly by locals offering you everything from Chanel handbags to Rolex watches and massages!

Recover from the crowds with a classic Martini at the roof terrace bar at M on the Bund – a swanky and little pricey establishment, but well-worth the visit, if only to escape the crowds.

From there you should head to Yu Garden. It was constructed by a Government Officer in the Ming Dynasty around 1600 as a gift for his parents. It’s classical layout of Pavilions, halls, rockeries, ponds and gardens seem oddly out of place in this modern city, but somehow it still holds some Oriental mystery and you can easily spend a few hours exploring this park. Make sure you see the Ginko Tree – it’s over 400 years old and  is said to hold mystical powers.

Don’t be afraid of using the Metro system in Shanghai. It’s 30 pence for a single trip and is incredibly easy to navigate. Signs are in English as well as Chinese and the coloured lines on the station floors guide even the most bewildered traveller to the correct train with ease. It’s clean, efficient and fast.

Shanghai Old Town is somewhere you’ll find yourself transported back to a bygone era. It’s like walking back 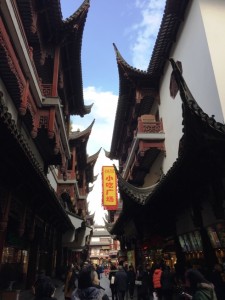 in time and with each turn of the corner you’ll be confronted with an exciting new sight or scent to sense. The narrow little streets and alleyways might not be appealing to everyone, but it really is worth exploring.

With all the walking you’ll be doing you will definitely be in need of lunch – head to one of the branches of Din Tai Fung (several locations around Shanghai) and enjoy the Xiaolong Bao it’s a soup Dumpling and is to Shanghai what the Haggis is to Scotland.

A delicate dumpling skin is wrapped around a juicy pork or seafood filling and they magically contain a shot of tasty broth. You pierce the dumpling with your chopstick, slurp the broth and then chomp your way through the dumplings. Delicious. Many restaurants claim to have amazing authentic dumplings, but you’ll be underwhelmed. This chain of restaurants are also rumoured to be looking to head West in the next year or so! 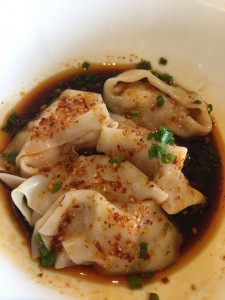 Remember trading in counterfeit items isn’t illegal in China, but buying items comes with some risk. Any fake goods found in your possession when you come back into the UK could result in you being fined, the items confiscated and you being at worst prosecuted. you’ve been warned – still worth a visit though as it’s mind blowing. Rows upon rows of store front stalls selling everything imaginable. From Hermes handbags to Ugg boots, to watches, clothing, electronics and everything in-between.

You could easily spend all day in just one section. However, be prepared to be hounded from the second you set foot in the place. It’s relentless and not for the faint-hearted. It took us about an hour to get used to the noise and constant approaches by stall holders.

If you do decide to buy, my tip is to bargain hard. When you ask how much, you’ll be given a ridiculous price. Counter with an offer of 10% of that figure. Never pay more than 25% of the original asking price and if in doubt – walk away. It’s the easiest way of showing you mean business and remember, there are hundreds and hundreds of shops here – most of which have similar stock.

Also don’t be alarmed if you’re ushered behind a concealed doorway in the store to a ‘secret room’ this is generally where the best fakes are kept. Believe it or not even the fakes are graded from just plain old fake to high quality fake! 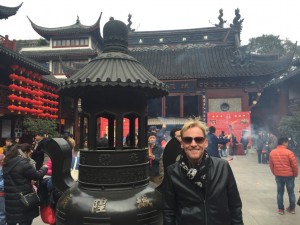 After surviving this market, you’ll be in need of some calm. Head over to the Jade Buddha Temple. Entrance is about 40 pence and you can walk around the various temples and watch the locals as they go about worshipping and praying. It felt slightly obtrusive if I’m honest, but the locals didn’t seem to mind and were happy to explain why they were offering up gifts to various gods.

Nanjing Road is Shanghai’s pedestrian version of Oxford Street and is one of the world’s busiest shopping streets, running over three miles from the Bund to the Jing’an Temple, and is lined with large department stores, an abundance of food outlets and shops selling everything from designer clothes to traditional silks and jade products. By day the road is heaving with shoppers and by night colourful neon signs and huge video screens light up every building. It’s worth a visit – but avoid the weekend if you can. We literally couldn’t move on a Saturday afternoon trip! 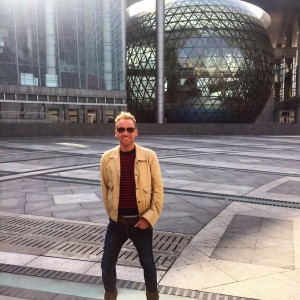 Alternatively there are no shortage of shopping Malls in Shanghai – in fact it seems like you’re never out of direct eyesight of the next one. The IFC Mall is perhaps the most upscale with all the major labels and of course there are numerous Pearl and Jade markets scattered around the city.

The best way to see Shanghai for me was to wander. We found ourselves drawn to the ordinary. Sure, the skyline is amazing, the temples stunning, the food interesting, but what makes this city special are the people living their everyday lives. You have the opportunity to get behind the glitz and the neon and discover the real Shanghai – and we never felt unsafe or concerned. The Shanghanese people are polite, respectful, helpful and the best times were when we strayed from the well-trodden tourist trails and explored.

Not that we wanted to leave – but home called us too soon. Will we be back? Oh yes please… 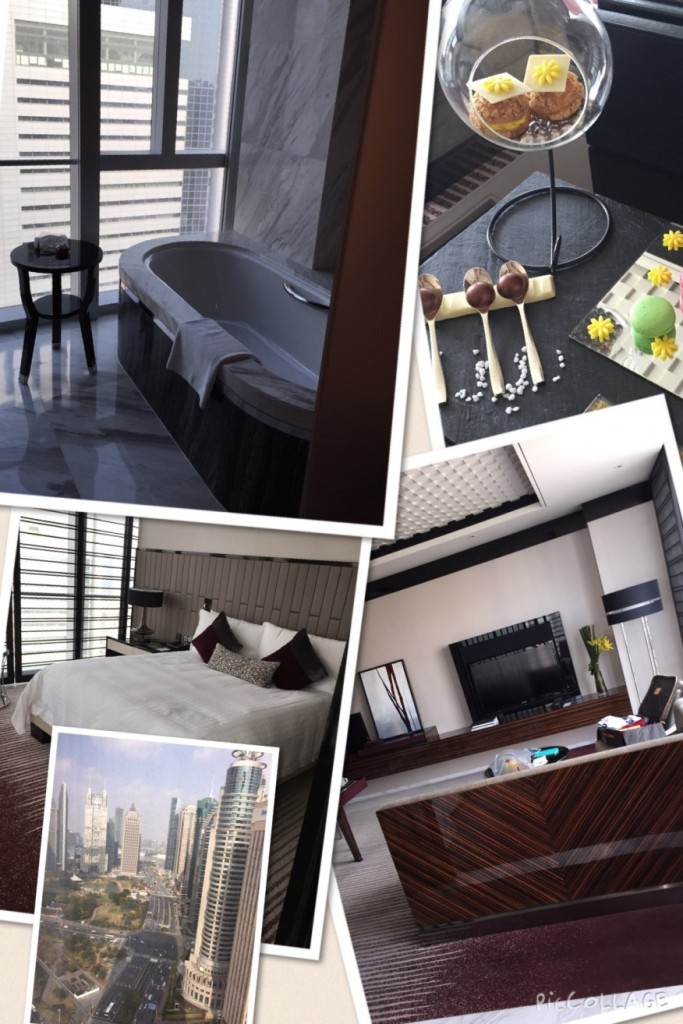