Trust you’re all well? And surviving the Arctic chill I hope? The central heating at’s King towers is firmly cranked up to almost nuclear. I hate being cold.

So what’s new in the last month? Well, I went to China and survived! (Read more about that adventure in our  travel section on Monday.) And of course I’m currently enduring the subzero temperatures.

Having said that, it really was quite magical when the heavy snow hit us here. Our four-year-old was over the moon. He’d never really seen snow in such volumes before let alone been allowed outside to play in the stuff.

Of course we weren’t prepared for the snow. You’d think with my Scottish heritage that I’d know better. 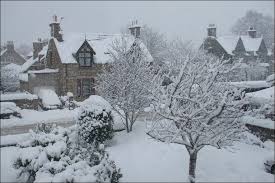 On the day the snow hit, I left to take the children to school at the normal time – big mistake. After battling the traffic for almost an hour, we finally made it to within sight of the school gates. Abandoning the car, we trudged through the almost knee-deep snow and finally made it – albeit 45 minutes late. It took me almost an hour and a half to get home again. Ten minutes after getting home, the school rang to say they were closing – typical! So I had to repeat the entire drama again, this time parking the car half way between school and home and walking the rest.

All three children at home and heavy snow means only one thing – “Do You Wanna Build A Snowman” – sorry couldn’t resist that. I’m sure, like most parents that song is ingrained on your brain and will remain with you until you dying day. Thank you Disney!

It took me about 40 minutes to get the children wrapped up. To use a phrase of my mother’s – you could’ve peeled them like onions. Resembling the character Augustus Gloop from Charlie and the Chocolate Factory – out they went; their movements highly restricted by the multiple layers of clothing I had forced upon them. On reflection they probably could have survived a five-day trek to the South Pole.

Two hours later, Olaf Was recreated in our front garden. As you see from the peck I’m sure Disney didn’t have any worries about copyright infringement!

Of course they wanted to go sledging. Not wanting to disappoint the little blighters, I set off on a two-hour mission to a local sports superstore and secured three plastic sledges for a ridiculous sum of money – I’m sure they saw me coming – and tripled the price!

Armed with our sledges we set off for the local park which has an impressively steep hill. By the time we got there, we found about 200 other parents had the same idea. It resembled rush-hour in central London.

The kids were positively ecstatic. Up and down the slope they went, without a care for the death-defying speeds they seem to reach. They kept asking me to go on the sledge and of course I kept 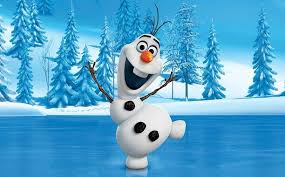 declining.but eventually there was no getting out of it and I had to take to the sledge.

I have to say as I teetered on the top of the slope looking down towards the bottom of the hill, I had butterflies in my stomach. Suddenly it looked much steeper and more dangerous than I had calculated. But sometimes you just have to throw caution to the wind – and I did.

With a hefty shove from our eldest, my Olympic bobsleigh near-death experience began. At first I was laughing. I’d forgotten how much fun this really was. And then, as the sledge picked up even more speed my face began to change. All I was concerned about was whether I would stop in time. I should’ve pointed out at some 50 m from the bottom of the slope there is a duck pond.

A few seconds into my ride, I knew what was about to happen. As I approached breaking the world land speed record, realisation dawned – I may not make this.

The kids thought it was hilarious of course. And to be honest it was rather funny. I only wish I had been watching rather than participating.

After sledging I thought it would be a great idea to take the kids off the beaten track and pull them on theIr sledges back home. By this stage, the parts to and from the slopes had become slushy so, me being me, I took on the role of a brave adventurer and ventured to cut through the wooded area towards the park exit.

What a great workout! Three kids, two sledges, (I had stacked two sledges together to make this easier) but by the time we were halfway there I had to ask the kids for a break until then to walk for a bit. Time and time again I warned them of not stepping into any area that looked slushy for fear that they may sink into an icy bit. Suitably refreshed the kids jumped back on the sledges and my arduous arm workout began again. Laughter and hilarity soon turned to tears and wailing as I inadvertently decided to take the shortcut across what look like a tiny slushy puddle.

The problem was, it wasn’t a tiny puddle. I side-stepped the puddle myself, but reckoned the sledges would have no problem in navigating the short slushy distance. Boy was I wrong. The second sledge entered the puddle, and everyone began to nosedive and sink. Before I knew it, I had three children sitting on submerged sledges, waist-deep in icy water.

Then it took us almost 45 minutes to get home – all slightly frozen and requiring an immediate defrost cycle. Needless to say there have been no further requests to visit the park or indeed go sledging. I wonder why?

Okay folks, it’s time for me to bid you farewell for this month. I’ve got lots to do, like assembling the 274 ingredients our eldest needs for her food tech practical tomorrow – seriously it’s a stir-fry she’s making, not a banquet 5000 people!

Hope you have a great month and look forward to speaking to you again soon.

Have fun! I certainly do. And don’t forget to check out my new travel section and my trip to China.