Hello my friends. I know it’s been a while. Have you missed me? – (silence)

That’ll be a no then lol!

Anyway things at King Towers have been as hectic as always. Three kids will do that to you!

We survived the Easter Holidays, a 13th Birthday Party for our eldest, who is now a teenager – although that badge is something she’s had in attitude for a while – gosh I can barely keep up with the in-school – she’s not my friend, she is my friend sagas….

Oh and we got a new car. It’s amazing. No more grumping from Economy Class (that’s the back seat) – they’ve been upgraded to Business Class – complete with reclining seats and headrest DVD’s not to mention the 19 speakers. That feature alone is brilliant for drowning out the moans on long car journeys! 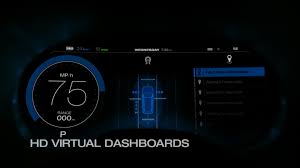 Anyway, it’s all-singing – practically drives itself and even has air-conditioned seats that blow cold air onto your nether regions – seriously – I’ve been using that feature purely for the intimate thrill it gives. Let’s face it, with three kids, a dog, a job and all the associated taxi-driving duties, it’s the best thrill I’ve had in a long time!

I won’t disclose the type of car it is – although if you follow me on Instagram, then you’ll already know – as I’ve had a few embarrassing issues thus far.

It has a virtual dashboard. Basically no dials. It’s like a computer screen that you can select to show whatever info you want. It took me almost a week to find out the fuel gauge. When I did I noticed we were almost out. The on-board computer told me I had enough fuel to do eight miles. Perfect I thought. I’d do the school run in the morning and then nip and fill the beast up.

Next morning I do exactly that. I get to the garage, eventually find the fuel flap release switch and stick the Diesel nozzle in the ‘Capless’ fuel filling system. I pull the trigger. Whoosh – diesel spurts out like an exploding volcano all over the car and pools on the garage forecourt. I try again. Same thing happens. So, I think I must be doing something wrong (I know how simple is filling up a car) and go and look it up in the 3000-page instruction manual.

I appear to have been doing everything correctly.

I try again. And like before, the fuel refuses to go into the blasted tank. By this time I give up and pay the £6.34 for split fuel and drive to another petrol station as I reckon there must be something wrong with their pumps.

Fifteen minutes and £4.27 later, I’m high-tailing it from station number two – still with a car refusing to accept any diesel. By this stage I’m fuming. Beyond rage I press the assist button on the display asking the car to route me to the nearest dealership.

Half an hour later I screech into the parking lot, jump out and almost explode at the poor service manager, explaining how the car is brand-new and how it’s ridiculous it wont let me fill it up.

He calms me down and directs me to the waiting area. I watch as a crack team of technicians descend on the car and feverishly start their diagnostics. They connect all sorts of hi-tech machines to the car and I wait. Over an hour passes and then the lovely man comes back, scratching his head. He explains they are going to reset the computer in the hope that it reboots the system and allows fuel to be put in. I thank him and my phone rings – ‘Old McDonald’ belting out at full volume.

Its my other half asking where the hell I am!

I explain the saga, barely pausing for breathe.

Then I hear the words: “what are you talking about, no fuel?  I noticed it was empty last night and filled it up”. 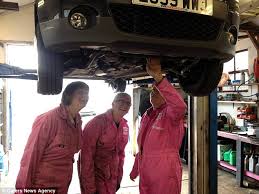 Now this in itself is about as likely to have occurred as peace in the Middle East, so I never once thought it was actually FULL.

I almost threw up in my mouth as I watched the ER team from the garage, who were nearly two-hours into their unfathomable problem.

Only issue was, it wasn’t really a problem was it?

The mortification set in as I slowly began my walk of shame and called the nice man over. Oh the shame, as I tried my best to but a spin on the saga. He was, I must say, incredibly kind and his forced smile didn’t once alter. “Don’t worry,” he said: “These things happen.”

Except they don’t do they.

I left even quicker than I arrived.

I have to explain firstly that in the 1000 miles we’ve done in the new car, we hadn’t once seen another. Trust me we’ve all scanned motorways and roads up and down the country on our travels.

So, as I was saying, I nip to Waitrose and park up. Rush round grabbing the bits I needed for another ‘Food Tech’ aka cookery lesson at school for our eldest. On a side note, when the hell did cooking at school go so up market?

Anyway, getting back to the story, I come out. Walk up to the gleaming white beast white and jump in. It has keyless entry, so you don’t even have to press any buttons, just have the key fob on you. First thing I notice is the smell. Bananas.

I look at the centre console and spot a half eaten banana and confusion floods my brain. How the hell did that get there?

I look into the back and suddenly I notice there is no booster seat and not only that, the interior leather isn’t black anymore. It’s dark grey.

Then it dawns on me. This isn’t our car. I’ve blatantly jumped into another car (it’s not even the same model) and was seconds away from pressing the start button.

I look to my left and about two spaces up I spot our car.

As, I hastily fumble to unfasten the seatbelt, I spot a man running towards the car, fists raised and mobile phone poised to dial 999 no doubt.

I jump out – with my hands raised – seriously what the hell did I think I was in? Some american cop show?

I frantically waved my own key fob in the air and pointed at our car.

Luckily, after the shock of thinking his prized vehicle was about to be heisted from Waitrose car park, he saw the funny side and explained, he had merely walked back to the trolley park to return his cart, about 20 feet away, after loading up his groceries.

Thankfully since my attempted auto-theft, there have been no further incidents.

You are all safe to return to the roads of Great Britain.

So with that, I’ll bid you farewell for now.

I love hearing from you.

I’ll leave you thinking of all things new and ask you to check out my pick of ‘new” grooming goodies I’ve discovered.

Well with the past few weeks I’ve had it seemed only fitting!

Until next time. Be safe.