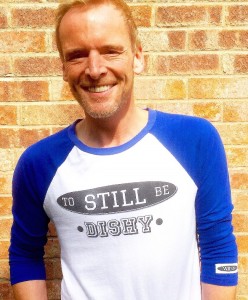 It’s Day 4 in the Big Brother house… Or rather King Towers.
As I start this, I’ve worked out we have five weeks, two days, and 16 hours to go until school returns from the Summer break… and of course I’m not counting!

Is it me? Or when we were younger (and by that I of course mean me) I was happy playing with a few empty toilet rolls, a washing-up liquid bottle and my imagination. Bring back those days PLEASE!

I shouldn’t really complain. Our kids are just being kids and I’m only too happy to see them have fun. I’d of course be happier if it didn’t involve those darn monuments of mirth – the play centres.

It always seems like a great idea to take the kids to our local one, when it’s a miserably wet day and the prospect of playing The Lion King with my little one – he’s basically Simba and I’m Scar and I endlessly have to sing “Be Prepared” – honestly it’s going to be a YouTube viral video soon – this all takes place while our two girls are bickering about nothing!

Anyway back to my favourite place – the play centre. And I guess as play centres go it’s top of the line. The only thing it lacks is valet parking and a Panic Room for parents to cocoon themselves away from the assault to your ears and senses. 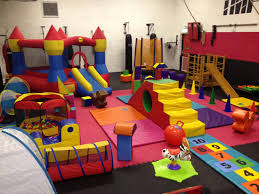 Once you’ve parted with your weekly shopping budget to get in, and then purchased the required snacks and drinks, equivalent to your monthly mortgage, you’d think they’d be content with running wild on the four-story assault course. But no, there’s the temporary tattoos, the go-karts, the face-painting… and then the cries of “Daddy, what can I have to eat now.”

Don’t know about you, but in our play centre there is a “no own food” policy which is strictly enforced and carries a ban. I kid you not.

So we were there yesterday. It was packed with the usual suspects; the the grandparents who landed the unenviable task of looking after their grandchildren and had realised the only way their home would remain intact was to abandon it with their charges in tow. Then there’s the Birkin Brigade. Regulars will know they attend my little ones swimming lessons – and for those of you who don’t, think perfectly quaffed mums with Louboutains, Range Rovers, Hermes handbags and children called Euphemia and Alexandretta…

Now I fall into the Dads who like to partake category. Basically I’ll join in on the assault course and play. It’s cheaper than a personal training session and equally as gruelling. Anyway the kids want to play hide and seek. This is no mean feat let me tell you. So they shoot off, I count to ten and then I follow.

The eldest, is easy to spot at the moment. She’s the only one with dip-dyed blue hair – don’t ask – oh well you did, so I’ll explain. She asked if she could have it done during the holidays and I agreed on the proviso she did well in her school exams. Not for one minute did I think she’d actually knuckle-down and do it. So she’s currently sporting partial blue hair. She’s in for a shock when she hits the pool in a couple of weeks on holiday. You’ll hear the screams from Africa I can almost promise it.

But I digressed – and so I get her no problem. The middle one always heads for the top floor and I got her too. The

little one, I guessed was in the curly-wurly slide. He’s worked out it is a “Kids Only” piece of equipment that isn’t designed to accommodate adults. But me being me, I refuse to accept that my svelte frame won’t fit and I duly enter into the said slide head first. I hear the little one giggling and so I push on. Push being the operative word. It did feel snug, but I kept going. Big mistake. Huge.

Somewhere between floor four and the ground I got wedged in one of the bends. I mean wedged as in stuck fast. As my temperature started to rise in the confided space, I realised this wasn’t going to end well.

After an eternity, I managed to persuade the little one who was in front of me in the narrow twisting tube to got and get his big sister. I heard her call from the bottom of the slide and I told her to go and get a member of staff. I think she’d rather have taken the car keys and abandoned ship in shear embarrassment, but she did as I panted and soon there were staff shouting from above me and others from below.

Then they tried pulling me forward. That wasn’t working. Next it was backwards and all that succeeded in doing was 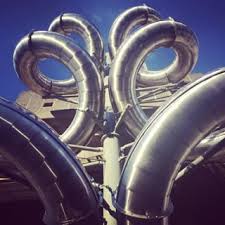 fron removing my trousers from my waist to to ankles. Now I was wedged in and half naked.

Next someone said they were going to call the fire brigade and I had visions of me featuring on the local news as the “and finally…” Funny story at the end. Next thing I knew a calm voice shouted they were going to try using a lubricant to free me if that was okay. I obviously agreed as I now knew how Augustus Gloop felt in Willy Wonka!

A few minutes later, I felt wet. A strange sensation as my lower body became saturated in what later turned out to be 10 litres of best olive oil from the kitchens. Seconds later the oil reached my shoulders and face. I wriggled and squirmed and then there was an audible squelching sound as I was pulled round, down and finally out – albeit drenched in olive oil and minus my jeans.

There was a cheer from the assembled throng. And I thanked everyone as best I could while trying to act as if nothing had happened and this was perfectly normal.

Our teenager was and still is in social lockdown. She refuses to go to a play centre again and claims all her friends will be talking about, not the incident with me, oh no, the fact that she was in a play centre for kids….

Right, I have packing to organise he says subtly – we are off on a North African adventure. Just think, a whole continent for me to embarrass myself in….

Until I return – stay safe. Don’t do anything I wouldn’t and always obey those annoying signs in play centres…