He is the foster parent to three children, aged 11, seven and two-years-old and is a true believer that women are not the only ones who need a helping hand in the “looking their best” department. Steve is a grooming guru to be reckoned with and will stop at nothing to help turn the nation’s men into “Dishy Daddies!” (Follow him on Twitter too – he now has 132,000  followers – check out why… TWITTER @findstevek )

What a month eh? Halloween and then straight into Fireworks… next stop Christmas! You’ll be pleased to hear we all survived the Trick or Treating and the £1 a second fireworks display at King Towers. A little like most parents’ love lives – two short bursts, a bang and then if you’re lucky… a few stars in the sky!!!

The older two have been on at us to have a Jumble Sale in the garden – I managed to put it off – and off and off – coming up with some fantastic excuses along the way. But finally I had to give in – albeit a family morning out to a Car Boot Sale.

The kids gathered every scrap they could, games, toys, clothes, you name it. At one point, our oldest was reminded that just because the two Philipe Starck silver lamps we have in the Conservatory aren’t used – doesn’t mean she could add them to the £1 bargain pile! 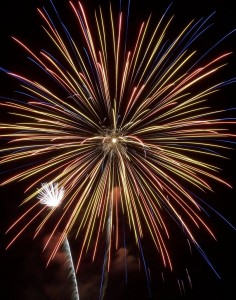 Friday night came; working in relay-style, we filled ever orifice of the car. It was rammed. Alarm was set and Saturday morning the kids – now having second thoughts because it was 5.30am – reluctantly piled on enough clothes to survive the next Ice Age, and we set off on the 25-minute drive to the Car Boot Sale location. We arrived just before 6am determined to get set-up in military style and prepare to off-load our junk, I mean, treasure on some other unsuspecting folks.

Slight problem. We had turned up a full 24 hours early! Some clown had stuck the date in the diary incorrectly (that would have been me) and now we were in a cold dark field – with nobody but distant cows for company. Trying to make light of the situation didn’t work. Neither did the offer of a McDonalds breakfast. We snuck off home in the near dark and were back at home at 6.35am. The car still packed. The kids now in full-blown moaning.

Take two.  Sunday and a repeat of the above – with exception of fact that we were actually there on the correct day. Buoyed by the hope of untold riches, the kids attacked the unpacking like cleaning ladies Kim & Aggie in a pig sty.

It began. It was frantic. Trying to keep up with endless questions: “How much for this?” “Is this new?” “This looks used!” – Seriously it was a car boot sale – not the first day of the sales in Harrods. By 9.30am, the pace slowed to a trickle and I took stock. We had taken £20 in change with us and I eagerly counted our takings. Thus far – minus the £25 entry fee – we had taken a grand total of £52.37 – It seemed rather low considering the amount we had shifted. I asked the girls. The oldest said she had been selling well. It turned out however that “selling well” meant that when they asked for £1 for something and someone said it was too expensive, they slashed the price to 10p.

Our seven-year-old then announced that if people asked about anything and said it was too expensive – she said: “Oh just take it. My daddy says whatever we can’t get rid off, we are taking to the recycling centre.”

So countless numbers were now walking off with stuff for free! The final straw came about 40 minutes later, when I noticed out the corner of my eye, a well-dressed lady with what looked suspiciously like a very expensive one-off Gucci shirt of mine. Last seen making an appearance on Hells Kitchen when I went and ate nothing (thanks Red Kitchen) with the delightful Gail Porter!

Sensing disaster, I immediately wrestled it from her manicured hands and explained it had come to the sale in error. I asked our oldest where it had come from: “It’s from that black bag we took from your dressing room.” she replied. “What black bag?” I asked. As she started to reply, it dawned on me. The kids had been “selling” and giving away my expensive clothing – from the black bag – marked – DRY CLEANING! 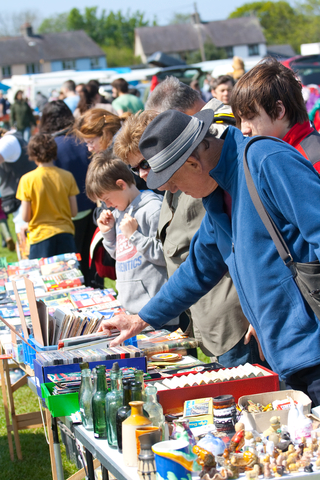 I was nearly sick as the realisation finally dawned. Years of working hard and saving to buy my extensive designer collection had vanished in the blink of an eye.

Apparently Crimewatch aren’t interested in tracing any of my missing items. How rude is that? I won’t bore you with exact details but the PROFIT from our morning jaunt runs into four-figure LOSSES!

So to calm my beating heart, I did some spa pampering when I got home. And now I have start on Winter-proofing my skin.

And check out my guide to the best eight best grooming products to beat the Winter and leave your skin looking healthy – unlike my bank balance!

Until next time…. when I’ll be talking about Christmas Grooming presents you can’t afford to miss out on.