You are at Home Is organic best? 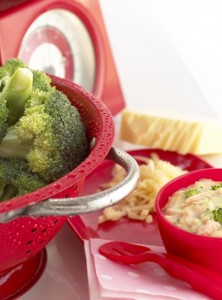 A survey by the Soil Association found that people buy organic food for various reasons. A third to a half of respondents buy organic to help care for the environment and nature, for perceived better taste or animal welfare.

The most common reason for buying organic, however, given by over half of respondents was healthy eating and avoiding chemical residues.

So, this week, I have been delving into the research to find out whether that is justified…

Is organic food actually better for our health?

Well, it should be. Organic agricultural practices mean avoiding chemical fertilisers – using instead crop rotation and natural nitrogen sources like clover, composted manure and seaweed. Pesticides are severely restricted and routine use of antibiotics and other drugs is banned. That means we should be ingesting far fewer chemicals ourselves.

A recent study has shown that non-organic food is more likely to contain antibiotic-resistant bugs than organic food (which presumably hasn’t been exposed to such high levels of antibiotics). Antibiotic resistance is an increasing problem facing us all – we may lose some of our ability to treat serious infections. This study suggests that non-organic farming methods could be contributing to the crisis. 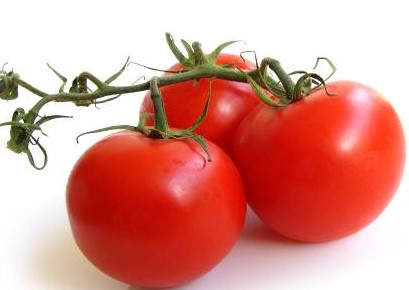 A study from Newcastle University, published just a few weeks ago, has suggested that organic food contains 19 to 69% more antioxidants (important for health) than non-organic food, and lower levels of toxic metals and pesticides. In fact, they said that ‘the increased levels of antioxidants are equivalent to one to two of our recommended five portions of fruits and vegetables a day.’ That suggests that if we eat organic, we can get the same ‘5-a-day’ benefits with fewer portions – or even better, continue with our 5-a-day, or ideally more, and get increased benefits than if we eat non-organic. That, however, assumes that these additional anti-oxidants actually translate to measurable health benefits – which remains unproven.

The researchers also found much higher levels of cadmium, a toxic metal, in conventional crops. Pesticide residues were four times as likely to be found on conventional crops than on organic food. Whilst these levels were still well below regulatory limits, the researchers noted that cadmium levels can build up in the body over time. Also, pesticide limits are set individually, not for the multiple chemicals in use on many, non-organically produced crops.

Sounds pretty convincing, but critics point out that these differences between non-organic and organic produce have not be proven to influence health and also note that there was some evidence that organic cereals have less protein than other crops. What’s more, the findings of this study are in contrast to an earlier review by the Food Standards Agency, which found no benefit to eating organic – though it reviewed just 11 relevant studies and noted that they were of variable quality and that more research was needed.

Any other health benefits to organic? Following on from my article on increasing our omega-3 intake, another recent study caught my eye. It has shown that organic milk has a better ratio of omega 3 to omega 6 than conventional milk – which may be worth switching to organic for. Organic meat may have higher levels of omega-3 too, as the animals are free-range and more often grass-fed rather than grain-fed. A diet high in grain leads to an omega 6:omega 3 ratio in the meat of close to 10:1, rather than the 3:1 that is recommended and is found in grass-fed animals. Meat from grass-fed animals also appears to have higher vitamin and antioxidant levels.

Whilst organic food may contain more anti-oxidants and fewer chemical residues than non-organic food, it is usually more expensive too – between 50-200% more. That’s understandable to a degree – it costs more to care for livestock properly rather than factory farm them. However, if that then means that people buy or eat fewer organic foods due to cost, they will get less of their potential benefit overall.

So, what is the Vavista verdict on the science? 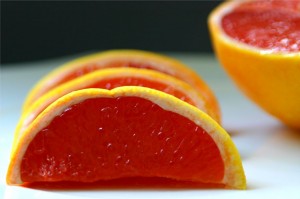 The evidence is a bit sparse, I have to say. And a lot of the conclusions are contradictory, or non-committal at best. However, I am not really surprised. As you might imagine, one manufacturer’s organic product may be nothing like another. You may remember from my article on the ‘Health Halo’, we are more likely to buy a product with buzz-words like ‘organic’ and ‘anti-oxidant’ without checking the product or label properly, as we assume it must be healthy. It is good for sales, so for some less scrupulous manufacturers, ‘organic’ will be more about profit – they may not necessarily be producing the quality of food we expect from the ‘organic’ label. In contrast, other farmers or manufacturers may be producing far better products, lovingly-tended vegetables, well-cared-for livestock, but not have the manpower, infrastructure or finances to go through the rigorous assessment process that enables them to actually label their products as organic. What’s more, some standards, such as the Soil Association’s Organic Standards for Food and Drink may be more robust than EU regulations.

So, the range of so-called organic products will vary widely – and the benefits of such products are therefore more difficult to ascertain.

That also means that taste can vary – whether organic tastes better or not is very subjective. A carrot freshly picked from my garden (where the occasional slug pellet may occasionally be spotted!) tastes better to me than an organic version shipped from a distance away and stored for days. One organic product can even be very different from another. To my surprise, a bag of organic spinach bought from a local supermarket turned into water and a bit of a slimey mess when cooked – in stark contrast to my ‘Abel and Cole’ veg-box spinach, which remained succulent and delicious. Just having organic on the label, therefore, is not necessarily an indication of a good all-round product.

However, if farmers and manufacturers adhere to the principles of organic farming we can be pretty sure that we are supporting the environment and community by buying organic – which is another big benefit.

Even the critics of the studies showing health benefits to organic food production admitted that such methods of farming did help to address the significant problem in the UK of soil degradation and excess fertiliser polluting rivers.

Organic practices are important in maintaining hedgerows, ponds and other natural habitats, keeping animal welfare as a high priority, strengthening local communities and paying our farmers a fair price. Usually, organic farmers and producers reduce packaging and processing too – another benefit to the planet.

What’s more it has been shown that plant, insect and bird numbers are 50% greater on organic farms so we are looking after our native wildlife, too.

Regardless of health benefits, that is worth the additional cost, if you can afford it.

If you are struggling to make ends meet, however, there are other things you can do to get ensure that the food you eat is as nutritious as possible, without relying on organic:

Choose local and buy in season

Without travelling miles your food will be fresher, need fewer preservatives and you may be able to check the provenance of the food if you buy from farmer’s markets or local producers.

Frozen veg may retain nutrients better than ‘fresh’ that has been harvested days or weeks before it reaches you.

Non-organic food may contain a lot of pesticide residues on its skin so ensure you wash it thoroughly. Peeling will reduce those residues further – though sometimes at the expense of nutrients. Foods that you would ordinarily peel anyway before eating – think pineapple, avocado, bananas – may be the ones you don’t spend the ‘organic’ premium on, if you are cutting costs.

The way you cook your food, whether organic or non-organic, can help retain nutrients – microwaving or steaming means that the nutrients are not lost in the water.

Be a savvy shopper – organic labels are an enticement to buy but you still need to check that you are buying a good product.

Buying organic is likely to be better for you. The evidence is definitely pointing towards increased nutrients and lower chemical residues in organically produced food. Whilst it remains unproven that the differences between organic and non-organic produce equate to long-term health benefits, it is highly unlikely that this could be proven in a high quality study anytime soon.

I am not sure that I want to wait 10 years or more for irrefutable evidence to build up, so I will buy organic whenever I can and wherever it makes sense, for the sake of the environment as well as for my family.

I will buy locally produced food wherever possible to reduce the time spent in transit leaching nutrients, and try to make sure that my meat and dairy comes from animals reared on grass not grain.

Most importantly, I would encourage making ‘organic September’ a time to start focusing on the quality, not the quantity of food that we eat. Surrounded by all-you-can-eat buffets, buy-one-get-one-free offers and price wars between supermarkets, we think we are getting value-for-money….but is this at the expense of our health, our waistline and our environment?