You are at Home Dr Sally’s Sugar Advice 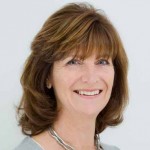 Dr Sally Norton, UK Leading Health & Weight Loss Expert, and Founder of www.vavista.com, is a regular contributor to yummymummybeauty and she is

With the health risks of sugar at the forefront of our minds, you can be sure that there will be even more attempts to mis-lead us by less scrupulous food manufacturers who try to make us think that some sugars are healthier than others.

‘Sweetened with honey’, ‘contains natural fruit-juice’ or other similar claims have us believing that their products are sweetened with something better than simple everyday sugar. Except they aren’t. Honey is almost 100% sugar, so is fruit-juice and any minor nutritional benefits they may provide could be better obtained from other foods – without the tooth-rotting potential or empty calories!

But while there is no ‘good’ sugar, there is increasing evidence to name and shame a ‘bad’ sugar. Fructose, in the increasing quantities we are consuming, is implicated in the obesity epidemic…and further research has backed up this view. 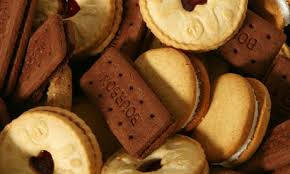 Fructose wasn’t always regarded as a ‘bad’ sugar. Found in fruit, it guided our cave-dwelling ancestors to great sources of fibre and vitamins. In fact, the fibre it came packaged with helped reduce any adverse effects the small quantities of fructose may have had. Now, it is often isolated and industrially processed then added instead to fizzy drinks and processed cakes and biscuits – and taken in such large quantities that it reportedly accounts for 10-23% of calorie intake in the US. I’m sure it isn’t that much different in the UK.

A piece of recent research (conducted in mice, admittedly) has produced some worrying findings. Two groups of mice were fed identical diets – apart from one thing. Half were fed 18% of their calories from fructose… to mirror the intake of the average American male adolescent, apparently! The other half were given a different form of sugar, glucose.

Over a 2½ month period, despite eating the same number of calories, the fructose mice gained more weight and deposited more fatty tissue in the liver and elsewhere. They were also less active – which may have contributed to the weight gain. It seems that, calorie for calorie, fructose may be producing greater amounts of the sort of fat that is associated with type 2 diabetes and other obesity related diseases too.

Another study, this time in humans, has shown using brain scans, that fructose doesn’t seem to produce the same warm, fuzzy, reward feeling that glucose does. Furthermore, it doesn’t make you feel as full – which may have you looking for more calories to satisfy your hunger, your cravings or to act as an emotional crutch.

Ditching sugar as far as possible is a good plan – after all it provides nothing but empty calories and tooth decay! But, if you fancy a bit of the sweet stuff, choose carefully. Plenty of evidence is accruing that fizzy drinks and fructose are best left well alone….unless, of course, the fructose comes packaged in the way that nature originally intended!