You are at Home Fussy eaters? Here’s some tips 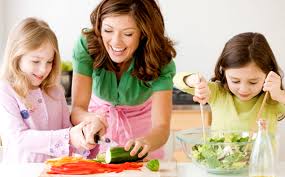 Do you have fussy eaters? That’s kind of like saying do your kids wake up at night and call out for you or can never find their shoes but manage to fin the ‘miniscule’ onions or veg on their plates…

My kids won’t eat anything green – unless I bribe them with chocolate afterwards just to try it. My second oldest Fin, is beginning to try everything I think to prove to his brothers and sister just how ‘brave and tough’ he is. No matter, I think it’s great and I hope it will rub off on the rest.

And though my kids range in age from 11 to four, they can still be picky and demanding. Sometimes I find myself making four different dishes just so I know they are all well fed and nourished. Mad, I know but I won’t be alone.
My mother used to say I gave them too much choice…
And that leads me to the best tip of eating I have ever had. IT WORKS..
It’s kind of based on a European way of eating – and something a friend heard on the Chris Evans Show. Chris was lamenting his children’s eating habits… until he discovered this trick.

So what is it? 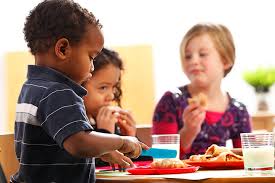 Put lots of food on the table – so if you are having roast chicken; cut up the chicken; put on a serving plate; put chips/potatoes/garlic bread on other plates, any vegetables and plate of fruit and empty plates at their place at the table. Let them dig in and watch the food fly… onto their plates and into their mouths.

My son Fraser calls it crazy food and is eating better than ever before.

Try it and let us know how you get on.