You are at Home Latest – Five Hours To Get Ready

Latest – Five Hours To Get Ready 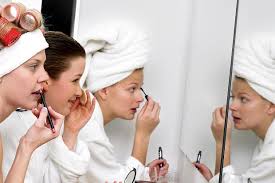 GETTING ready for the annual Christmas party takes the average British woman 5hrs 38mins – twice as long as their usual routine.

And the reason for the elongated session is that girls insist on including every element of their beauty regime on top of taking longer to shower, brush their teeth and do their nails, according to nationwide research by teeth whitening toothpaste, BlanX.

Before a normal night out British women spend an average of 2hrs 4 minutes getting ready. But for the annual Christmas party they spend an hour in the shower, rather than the standard 23 minutes.

Some 65% of those polled in the national BlanX survey insist this is necessary to make them feel totally relaxed. They put the extra shower time down to a full body exfoliation, deep cleanse and conditioner for their hair plus other associated beauty tasks like mud mask and full leg shave.

On a normal night out the majority of British women aged 18-45 spend 20 minutes applying their make-up. But this increases over the Christmas period and sees Brit girls spend 30 minutes applying foundation or BB cream before doubling their lipstick application time from two to four minutes with absolute precision.

The same is true of mascara and eye make-up – on a usual night British women will take 30 minutes making sure their eyes look perfect. But at Christmas they double that regime by adding things like smoky eye effects and taking more time to make sure every line and shade is super-glamorous. During Christmas that means 58% of the girls are likely to spend up to an hour perfecting their eye make-up.

They also spend 42 minutes doing their nails at Christmas – almost 50% more time than on a normal night out.

Choosing an outfit takes considerably longer for 61% of British women over Christmas too. Normally an outfit is selected for a night out within 25 minutes. But at Christmas that process extends to up to an hour as girls try on different dresses and combinations of jewellery and tops and trousers, then finishing off the look with the perfect pair of shoes.

The same is true of their oral-hygiene routine. Whereas normally they would spend around three minutes brushing teeth and using mouthwash for a night out, 54% of British women say their pre-Christmas party preparation means they are likely to spend seven minutes brushing their teeth with a specialist whitening toothpaste, flossing, using mouthwash and breath freshener to make sure their teeth are at their whitest and most shiny.

And doing their hair also takes up to twice as long during the Christmas period – up from 20 minutes to 45 minutes for 56% of British women.

67% of those polled would apply fake tan for their Christmas party, which takes them around 30 minutes – with some dedicating the whole evening before to their fake tanning ‘ritual’.

Louise Marks, spokesperson for BlanX, said: “Girls always like to look their best when they go out. But it is clear from our research that at Christmas they take extra care to make sure every detail of their look and preparation time is perfect – in many cases taking twice as long to achieve the desired finish. 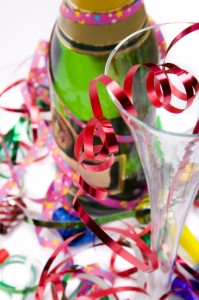 “We asked them exactly why they take extra special care to perfect their Christmas look and one reason resonated more than any other – photographs. The women we polled all said they were far more likely to be photographed by friends and family when they were out over Christmas because people like to permanently record holiday season get-togethers.

“They said they wanted those memories to see them at their very best.

“But, nevertheless, we were astonished to see the average girl’s getting ready time rocket from two hours and four minutes to four hours and 17 minutes at Christmas. We wonder how much of that added time is spent having a sneaky glass of Prosecco, wine or a cocktail while they’re getting ready.”