You are at Home City skin

Living in Glasgow, I’m pretty much a stranger to sunshine. But it turns out there’s a silver lining to all those grey clouds overhead.
According to the experts at Simple skincare, I am resident in the UK’s most skin-friendly city. Woo hoo!
A survey they organised monitored stress levels on the skin of 1,100 women living in the UK’s busiest cities over a 12-month period, taking into account two main factors – sunshine and pollution.
The results have been used to put together the UK’s first ever City Skin Scale.
Glasgow and Edinburgh had the lowest average stress score, with Glasgow coming out slightly ahead due to having fewer hours of sunshine.
Liverpool topped the scale of skin-stressed cities, making it the UK’s worst area for the complexion.
London racked up the worst score for pollution, but still came in second behind Liverpool.
Newcastle and Cardiff featured in third and fourth place with Cardiff being the only place where 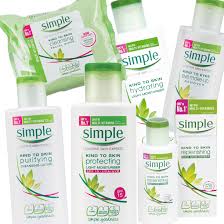 women claimed that their daily commute was the most stressful part of their day.
Dermatologist Dr Susan Mayo worked alongside Simple on the study. She said: “As a result of city-induced stress, cortisol production increases and immunity levels are generally lower, which can lead to sensitive skin, including dryness or spots. The skin’s natural resistance reduces, making it more susceptible to other elements including pollution and weather.”
On the back of the findings, Simple has launched a education campaign to help women counter the extreme negative effects that city living has on their skin. Find out more at www.simple.co.uk.
In the meantime, the brand, known for being kind to sensitive skin, has a range of new products out. I’ve been giving them a whirl.
Simple Kind To Skin Protecting Light Moisturiser, £4.99 for 125mls, contains an SPF15 so is a great way to put up a daily barrier against the sun’s rays.
But protecting your skin doesn’t mean you can’t build up a bit of healthy colour. Kind To Skin Sun-Kissed Moisture Cream. £4.99 for 50mls, encourages a light gradual tan to develop over the course of about a week thanks to skin-kind tanning ingredients.
And for a brilliant beauty boost on a night out, Kind To Skin’s Illuminating Radiance Cream, £7.99 for 50mls, is a must. With light-reflecting pigments, it’s a fabulous highlighter that can be worn either under foundation or on its own to boost your bare-faced confidence.
Sensitive skin woes solved. Simple.