You are at Home Single Yummy Mummy

Our new column opens up the life of a single mum – juggling life, love, work and of course kids on her own.
Sal Higgins is an author and journalist and mum to five kids, ranging in age from 18 to two, and is now raising them on her own. Her estranged husband has the usual alternate weekend arrangement, which means most of it’s up to her. She lives just outside London with her kids and their dog, Jamjar.

Here, she tells of her new life, the ups ands downs, the laughs and tears and the search for a new love – which, of course, will be her children’s new dad.

‘You don’t expect that one half of the partnership will just pack their bags as life’s luggage gets too heavy. Too heavy for two – so how do you think it feels to carry it all by yourself?’

Well he’s gone. Shut the door on a family life, 19 years of a partnership and has split a family. My in-laws have joined him. My mother-in-law is having a nervous breakdown and is ‘too chicken-hearted’ (her words) to speak to her son about his responsibilities. It’s easiest I think for Alexa, my eldest. She’s at university, but it’s difficult for the rest. I have three boys and two girls. A girl at the beginning and one at the end with three boys in between. The boys are taking it hardest of all.

My oldest boy, Michael, is quiet, calm and thoughtful. My second, Fergus, is tearful all of the time and my third Harris, is constantly looking for me to be there; invariably standing in front of the door when I go to leave the room. ‘Don’t you leave too, mummy,’ he tells me. It’s breaking my heart.

And so it begins. We’ve been left, you see. My (now estranged) husband has been having an affair and I found out. Though I knew long before I got confirmation of his infidelity from the texts… ‘I want you tonight. Do not reply.’ Read one. ‘Hi Miss Flirty, can’t wait to see you Friday. Do not reply’ from him.. and others. Playground stuff. A dirty little secret between two naughty married people, who were not married to each other.

At first, I truly was in shock when he confirmed what I didn’t want to hear. It was as if I had been thrown out of a plane without a parachute. I was hurtling towards earth and crashing on the cold hard pavement. I wake up often in the middle of the night and within seconds, I realise that it’s not all a bad dream after all. I run to the toilet and throw up. The man I shared my life with for 15 years has left me and his five children.

“We have nothing in common,” he tells me. “I know I must have loved you because I married you, but there is no love left. The marriage is gubbed,” he spits at me. Every word is like a sword piercing my heart. Death by a thousand cuts, right enough.

And though things had been difficult between us for a while, I truly believed we would come out the other end, slightly bruised but intact. He had showed me no real affection or support for years. He was needy and tearful but I was so wrung-out on mummy duties – and working part-time, I felt he was being selfish demanding from me too.
I would crawl into bed, hoping he was asleep in case he wanted sex. All relationships and marriages go through difficult times I thought. We never had any quality time together. We didn’t get time to talk, laugh, get drunk with the never-ending demands parents face when raising young children. 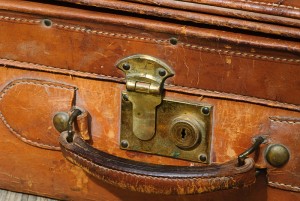 But you know it’s not forever. You choose to have your kids and we all know that the young stage is the hardest of all. You’re tired all of the time. You’re short- tempered. You never get much of a break. But you don’t expect that one half of the partnership will just pack their bags as life’s luggage gets too heavy. Too heavy for two – so how do you think it feels to carry it all by yourself?

And now he has decided he doesn’t have to split all the bills. “I don’t live here any more,” he tells me. I will give you £160 a month. That’s all I can afford and if you want more, take me to the CSA.. Oh and piss off,’ he says when he comes to pick up the kids for his weekend…

I’m left shaking, in pain and alone. Is this really happening? Who is this man? Yet, inside I’m screaming – Don’t go…