You are at Home Stop the sugar cravings 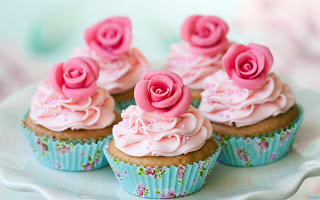 Sugar cravings can be as bad for those as drugs, alcohol and cigarettes, according to a new research out today.

Three quarters of slimmers compare their weakness for snacks to an addiction and more than half say that foods high in fat and sugar give them a buzz after their attempts to stick to a strict diet.

Although three-quarters of them say they feel better for a short while, guilt soon seeps in and the rebellious slimmers then see themselves as a failure.

She supplemented her diet with Nature’s Best Multi-Guard Balance is a multivitamin, with added chromium, cinnamon bark and magnesium that can help to maintain normal blood sugar levels and keep sugar cravings kept at bay. 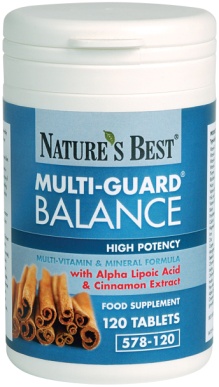 If you struggle with weight loss because you can’t kick the sugar cravings and reach for sugary foods to boost your energy levels then this is the supplement for you.

It’s the lack of satiety that is often the biggest downfall of a weight loss plan resulting in sugar cravings and a crash and burn cycle where the body releases a peak of insulin followed by a crash, which leaves the person craving even more sugar.

Multi-Guard Balance is a high strength specialist multivitamin from Nature’s Best, with added chromium, cinnamon bark and magnesium that can help to stave off sugar cravings and boost energy levels.

Chromium contributes to the maintenance of normal blood glucose levels and has been reported in more than ten trials of chromium supplementation in people with varying degrees of glucose intolerance1.Cinnamon bark has been widely used in traditional medicine; and modern-day research into stabilising blood sugar and combating weight gain using a 2000mg extract confirms this2 3,  so Nature’s Best include it at this level while magnesium helps contribute to normal energy metabolism.  Nature’s Best Multi-Guard Balance (£19.95 for 120 tablets, available from 01892 552 094). Take 2 tablets daily with a meal, preferably one with breakfast and one with lunch or dinner.