You are at Home Mum of year – enter

Tesco are asking the public to nominate mums for their Mum of the Year Awards 2014. 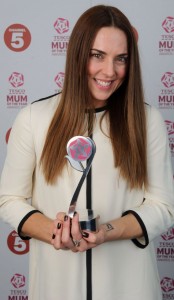 The supermarket is looking for mums who make a difference in their community and to other people by their work, their passion and by just being a great mum.

The public are asked to send in details of mums who raise money for charity, help in the local area, support their families in difficult times and generally give back to others.

Speaking in her role as Celebrity Ambassador, Denise van Outen said, ”Mums are so important and are our country’s true unsung heroes. There are so many mums across the UK who are inspirational, courageous and selfless and most have no idea how special they are.”

Winners of the 2013 award included:

Margaret Aspinall from Liverpool was Campaigning Mum of the Year. Margaret lost her son in the Hillsborough tragedy and has spent the last twenty four years campaigning for the truth as part of the Hillsborough Families Support Group. 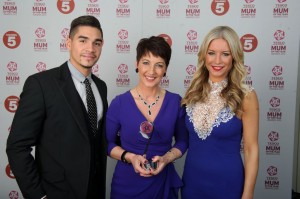 Anna Kennedy from Uxbridge was the Achieving Mum of the Year. She remortgaged her house to set up a school for autistic children after her two autistic sons were turned away from mainstream and specialist education.

Ann Maxwell from Midlothian was the Charitable Mum of the Year. Ann set up a children’s epilepsy charity after her middle son was diagnosed with Dravet Syndrome, a severe form of epilepsy.  She has raised over £7 million despite suffering from cancer. 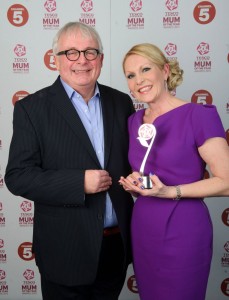 Mireille Williams from Bristol was the Community Mum of the Year. Mireille saved her son’s preschool from closure by rallying her local community and turning the school into a viable charitable business, saving seven jobs along the way.

Kate Hardcastle from Huddersfield was the Enterprising Mum of the Year. She created a community group to help lesser-known charities raise awareness and staff in her own company are paid to volunteer one day a week.

Claire Lomas from Melton Mowbray was the Courageous Mum of the Year.  Claire, despite being paralysed from the chest down after a riding accident, spent 16 days walking the London Marathon in a robotic suit and raised over £200,000 for spinal injury charities. 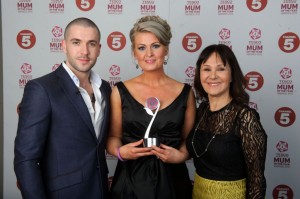 And Melanie C, the Celebrity Mum of the Year 2013, who has global fame and girl power but still finds time to support a host of charities, said “I was so honoured to be awarded Tesco Celebrity Mum of the Year this year, and so incredibly humbled to meet the other amazing mums. It’s was a wonderful afternoon and so inspiring to hear everybody’s stories. All of us winners have stayed in touch and continued to support each other and our causes. If you know a super special mum who needs to be recognised for the fantastic things she does then nominate her today.”

The mums attended a glitzy, star-studded luncheon event at London’s iconic hotel, The Savoy, as part of a three-day trip that also involved quality time with David Cameron at 10 Downing Street.

Nominations for the 2014 awards must be submitted by 11.55pm on Friday 13 September 2013. Winners will again be invited to attend a glamorous celebrity ceremony in London in March next year.

To nominate someone for an award or for more information on the Tesco Mum of the Year Awards 2014, please visit www.tescomagazine.com