You are at Home The Dukan Diet

Celebrities like Jennifer Lopez and Penelope Cruz swear by it. Kate Middleton’s mum Carole used it to get in shape for the Royal Wedding. And yes they all look amazing. The Dukan Diet – the best kept beauty secret of the super svelte French women and brainchild of Dr Pierre Dukan – has sold more than 3 million copies worldwide. There’s no calorie counting or weighing food, four stages of weight loss to stick to – starting with ‘attack’ – and a load of success stories. Read what Dr Dukan says below… after my review.

So I tried it. I did it for two weeks – which you may think is a bit of a lightweight – no pun intended there – attempt. You can calculate the amount of pounds you need to lose with the number of days you have to endure the diet. Did I say endure? Interesting… It’s a mixture of a combination diet – no carbs and protein at the same sitting for a while and then just protein. NO CARBS AT ALL. For a while.

Did I suffer? A bit.

Did it work? Yes. I lost five pounds of the seven I wanted to lose in just two weeks…

So… for the first five to 10 days you have to go cold turkey on the old carb and vegetable and fruit front. You’re just allowed protein. Nothing else. So grilled or steamed fish for breakfast; eggs for lunch – no sauces or butter – on its own and steak/chicken/fish for dinner – no sauces, no butter – on its own… Plus there’s no goodies or treats to give you a reward,  no sweets, no crisps, no wine, no hot chocolate, no snacks of any kind – ever – at the start. Harsh…

Now you can choose from a massive list of protein rich foods – but for most of us, it comes down to the staples of fish, steak or chicken. I wasn’t hungry at all at first. You can eat as much as possible of the protein to fill you up. So you aren’t even hungry. So on that front, yes it’s ok.

What does happen though is you – or maybe just me – get fed up not eating vegetables and carbs. I began to crave peas and tomatoes and rice. Amazingly not crisps or sweets. I had great energy and started to see quick results. You are allowed to weigh yourself every day. Dr Dukan encourages an interest in your daily weight. So I quite liked this aspect.

After six days on this protein only diet – I was allowed to introduce some vegetables every second day – woo hoo – and then had to go back to the ‘protein only’ days. After 14 days, it was all feeling really hard. I had lost three pounds in the first five days; then it tailed off a bit and then I lost a further two. So quite a good result in a short space of time. Oh and you have to find time for 30 minutes of exercise every day.

But it is a bit restrictive if you have any kind of social life. I went to my book group – aka ‘wine-drinking-cheese-and-crisps-eating’ group – to find that our host had baked some amazing mince pies and made some mulled wine and other such goodies. So I gave in to temptation and had a couple of things. It didn’t stop the weight loss – so as long as I jumped back on the strict diet bandwagon immediately, it was ok.

I think this is a good one if you are serious about shifting some pounds – quickly – but when you’re having to feed a family and a ravenous husband – it gets hard to resist all the great food you are cooking and sit down to your single fillet of fish or steak with nothing on it. Perhaps celebs with chefs in the kitchen would fair better.

That said, if you have a special event or want to kick start some weight loss – give it a try. It does actually work – though I think it’s quite hard to stick to but if you have willpower and determination – then you will lose weight.

The thing is I like food and for me The Dukan Diet took the enjoyment of eating away. And I didn’t realise what a pleasure it was until it was gone. But let’s face it – we all know what to do, really. We don’t really need the experts to tell us, do we?

Just stop all the rubbish like crisps and sweets; eat a plate full and no more and exercise. You don’t see any flabby love-handled athletes or regular exercisers, do you? For me, I think I’ll stick to my home-made dinners with the kids, cut out some of the crisps and wine during the week and get my running shoes on again… now maybe I should write a book on that! 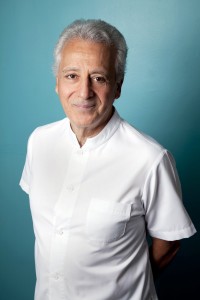 • Dukan Diet appreciates everyone is different, with different body shapes, different goals and individual tastes to account for. There is no ‘one-diet-fits-all’, but with dukandiet.co.uk you can create a personalised plan,

• Dukan Diet is geared towards a successful outcome; which is for dieters to reach their target weight and then achieve long-term, stable weight control.

• The weight loss regime has four phases which are developed to aid quick but sustainable weight loss:

Phase 1: A brief Attack Phase of between two and seven days kick starts the diet and gives immediate results. There are 72 protein foods you can eat as much as you want, to choose from at this stage, so no need for the dreaded “what have I let myself in for” feeling, common in other diets.

Phase 2: Cruise Phase where you add 28 vegetables, again you can eat as much as you want, which averages a sustainable 2lb/week loss until the desired target weight is reached.

Phase 3: The Consolidation Phase is designed to prevent any re-bound effect as the dieter seeks to keep to the new weight and avoid putting on pounds while eating in a more relaxed fashion. You can add cheese, complete whole bread, fruits, starchy food and ‘Celebration’ meals.

Phase 4: Finally a Stabilisation Phase ensures that for a fee of £1/week the successful dieter retains communication with the Dukan diet website which offers a series of measures to counter-act any mild weight gain.