You are at Home Yummy interview 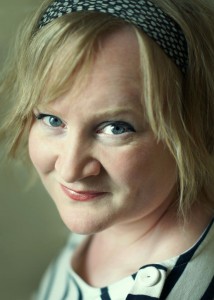 We have an exclusive interview with acclaimed author Lesley McDowell

Mary Shelley’s Frankenstein has been thrilling audiences for nearly 200 years, and the author herself has also long been a subject of fascination – the teenage girl who wrote a classic horror story and scandalously ran away with her own stepsister and the notorious Percy Shelley.

It is fitting, then, that Mary Shelley plays a key role in another complicated triangle of characters as part of Lesley McDowell’s novel Unfashioned Creatures, which explores madness and infatuation; themes pertinent to Mary’s own life and, of course, Frankenstein.

Unfashioned Creatures is set in 1823, just a year after Percy Shelley’s death, when Mary visited her real-life friend Isabella Baxter Booth. The meeting obviously perturbed Mary as she wrote afterwards: “I have now renewed my acquaintance with the friend of my girlish days – she has been ill a long time, even disturbed in her reason…”

Inspired by this line of Mary’s, Lesley McDowell has created a dark, Gothic tale that encompasses lunatic asylums, sexual compulsion and destructive desires. In it, we find Isabella to be indeed ‘disturbed in her reason’ – seeing ghosts and dependent on narcotics to escape her hellish life with an increasingly violent, deranged husband.

Fearful of her own murderous impulses towards him, Isabella flees for her childhood home in Scotland, where she meets an ambitious young doctor, Alexander Balfour. He will stop at nothing to establish a reputation as a genius in the emerging science of psychiatry and he believes that Isabella could be the key to his greatness.

But as his own torments threaten to overwhelm Alexander, is he really the best judge of which way madness lies?

About the author: Lesley McDowell is a literary critic for The Herald, The Scotsman and The Independent on Sunday. Her first novel was The Picnic (2007). Her second book, Between the Sheets: The Literary Liaisons of Nine 20th-Century Women Writers, was shortlisted for the non-fiction prize in the 2011 Scottish Book Awards.